living space in the shed 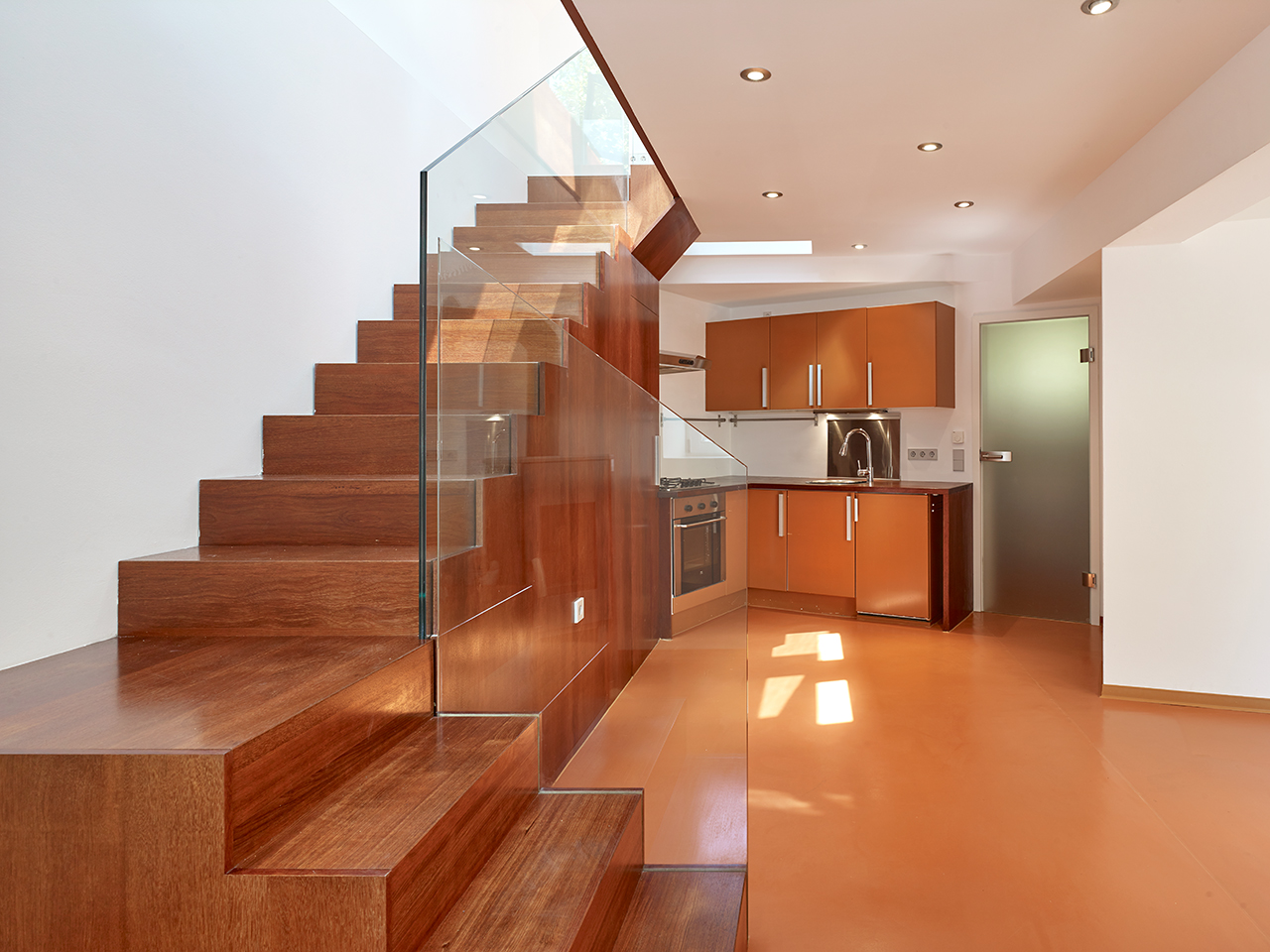 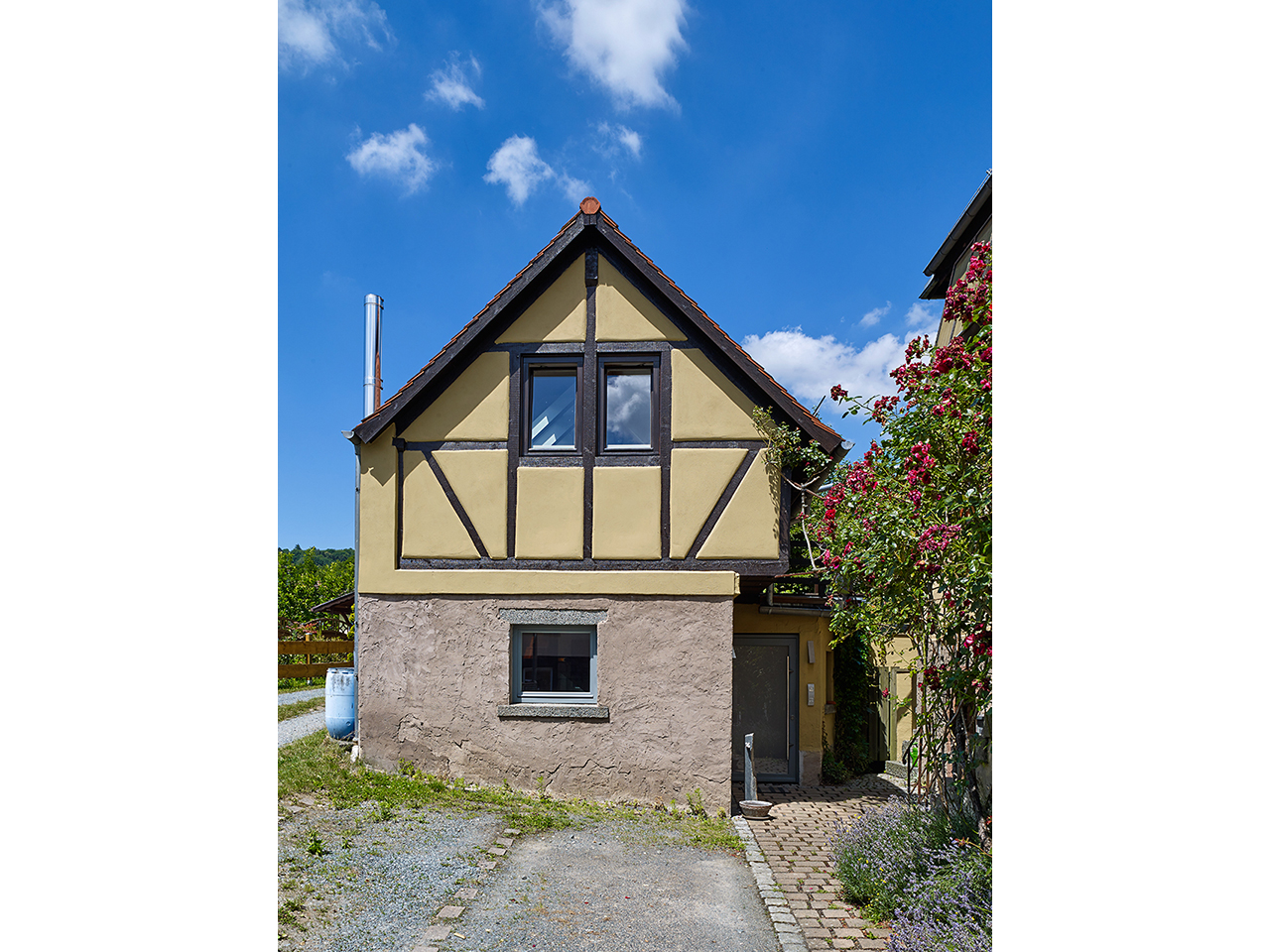 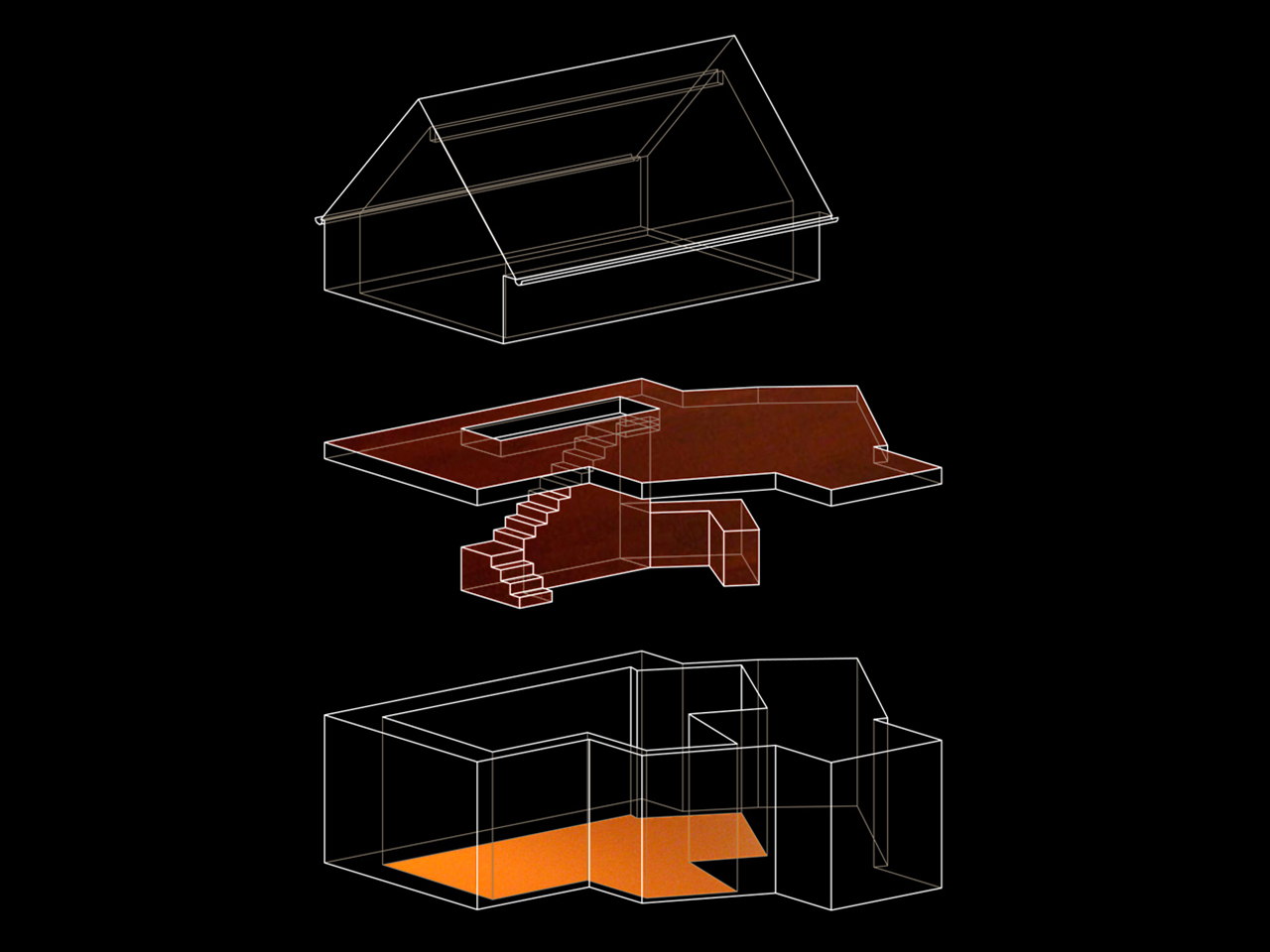 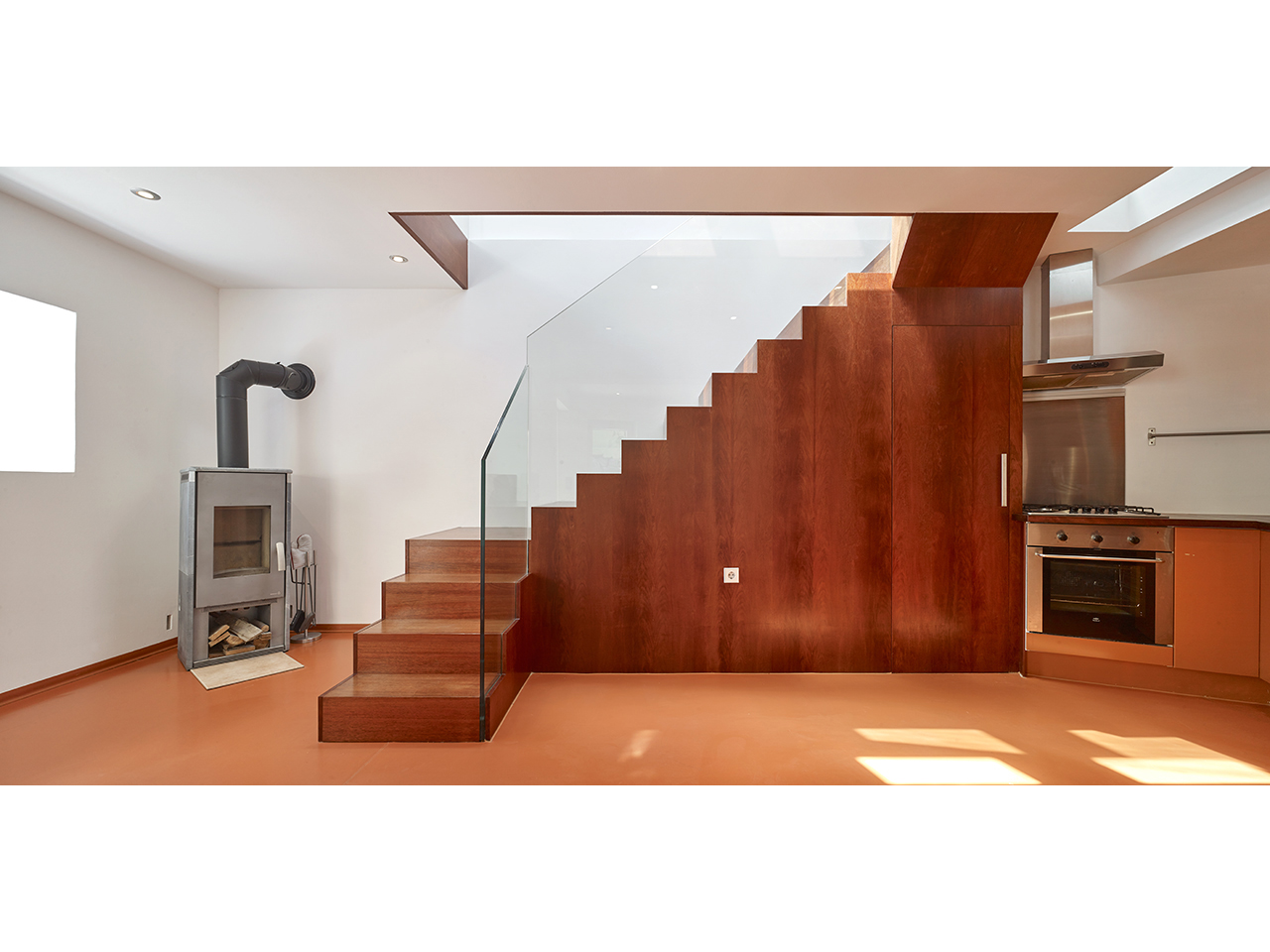 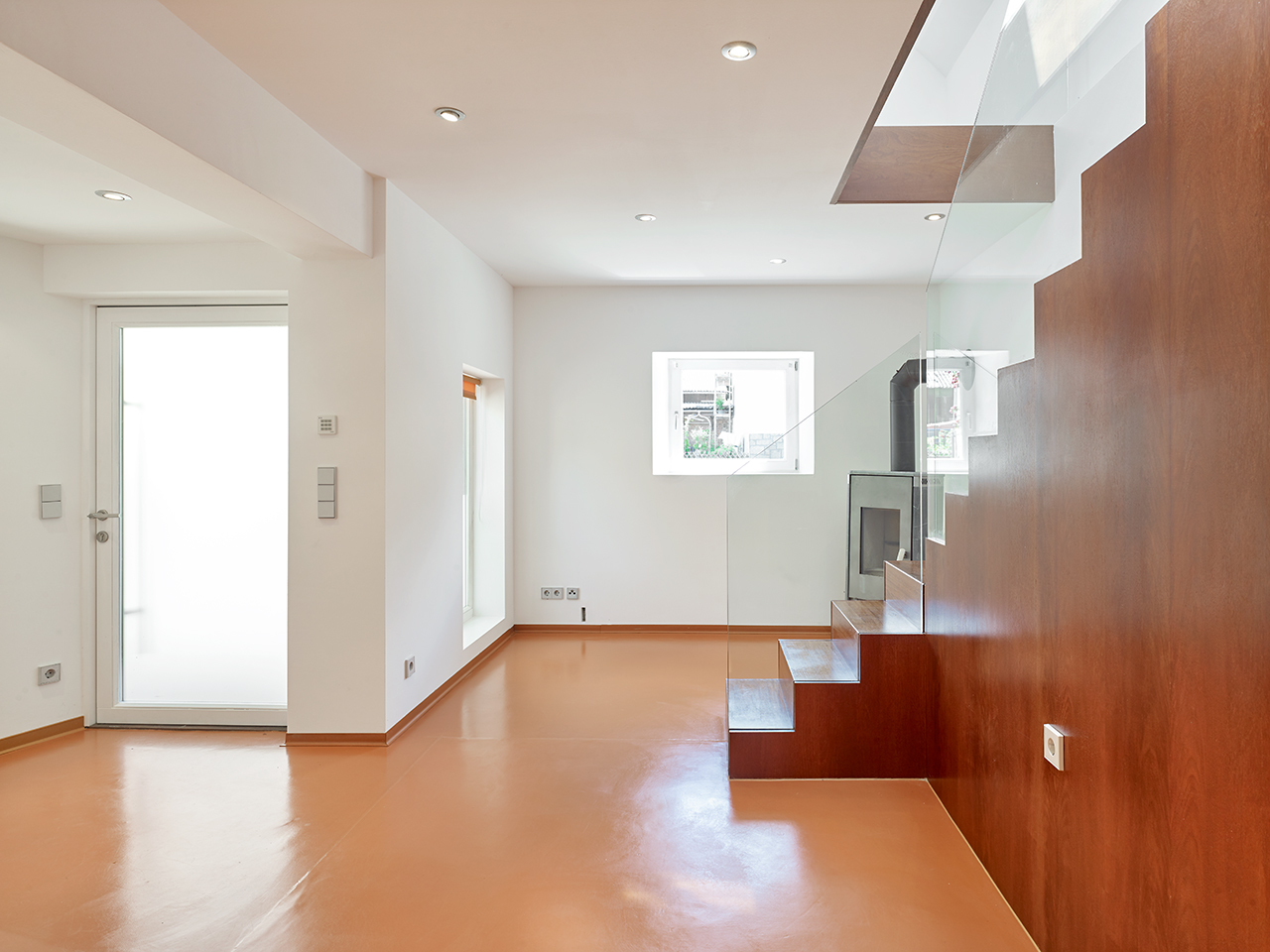 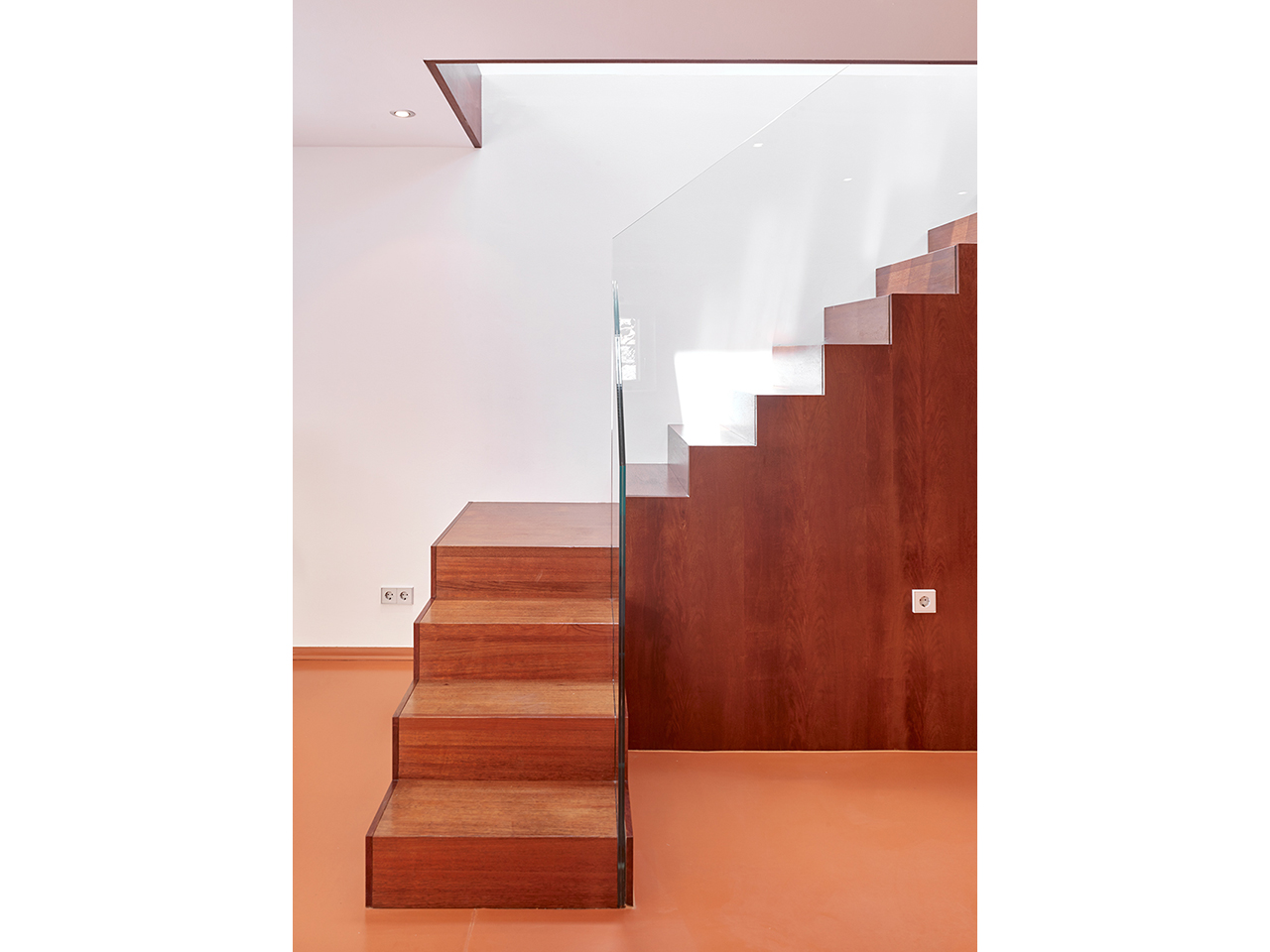 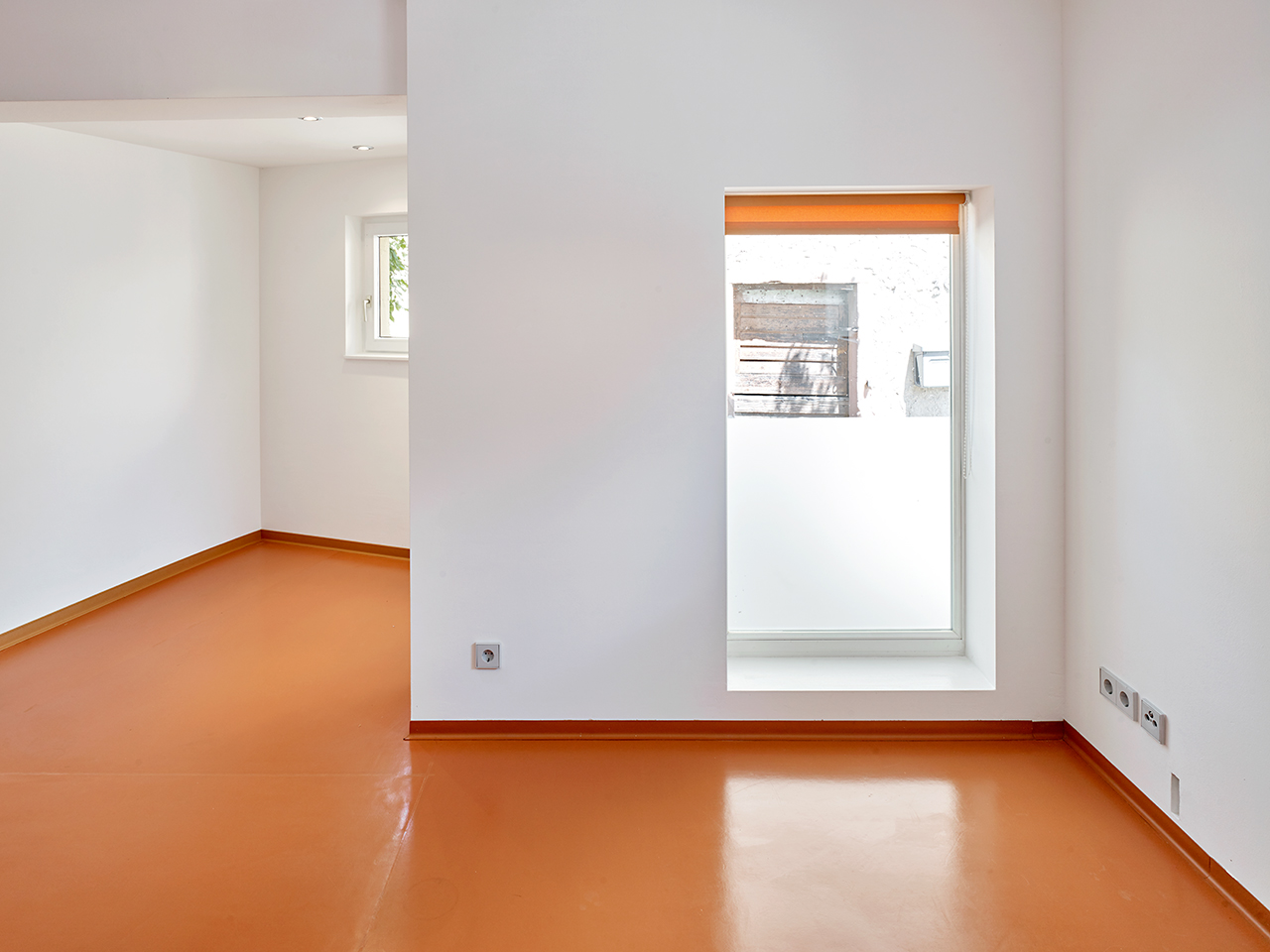 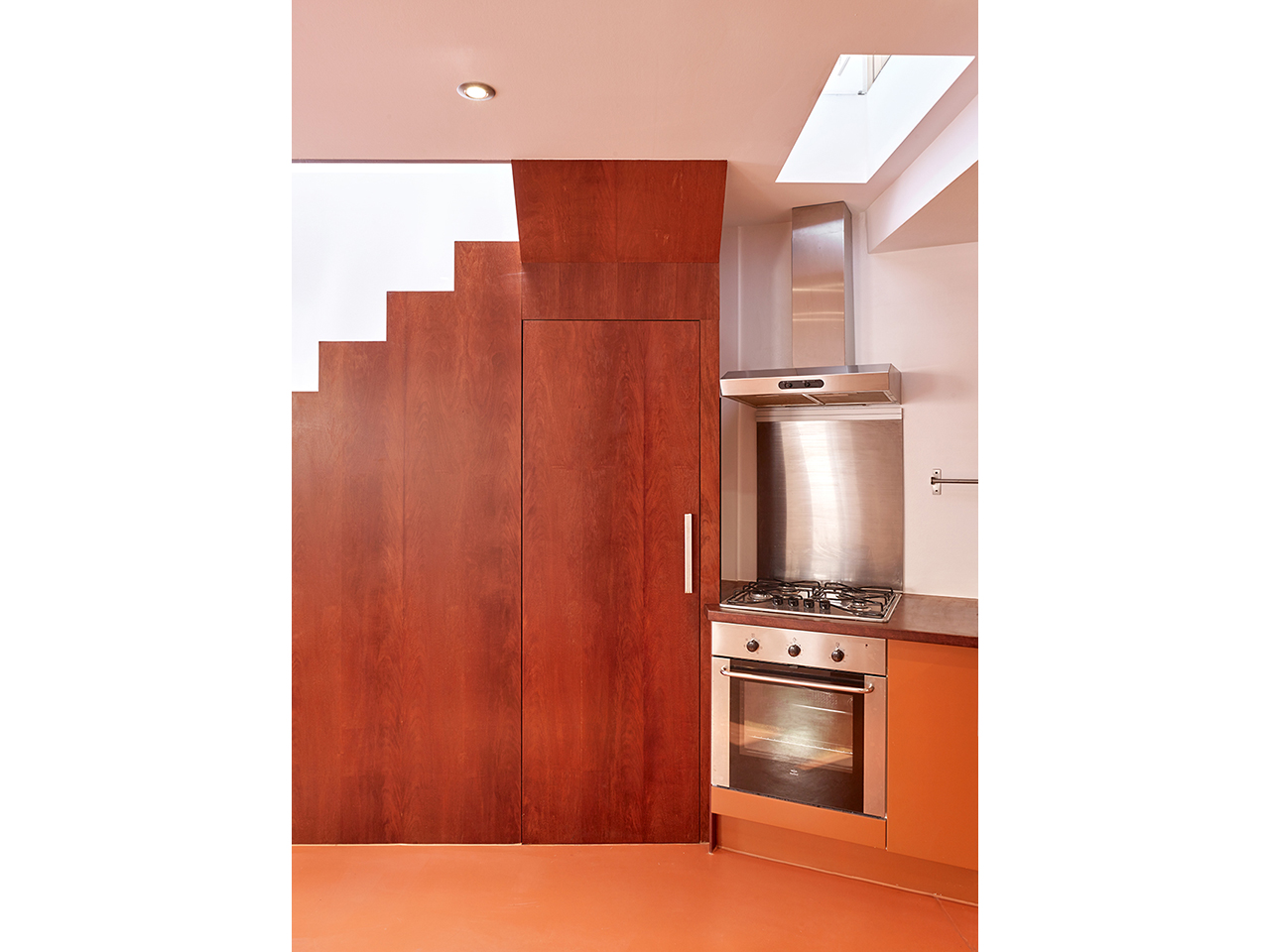 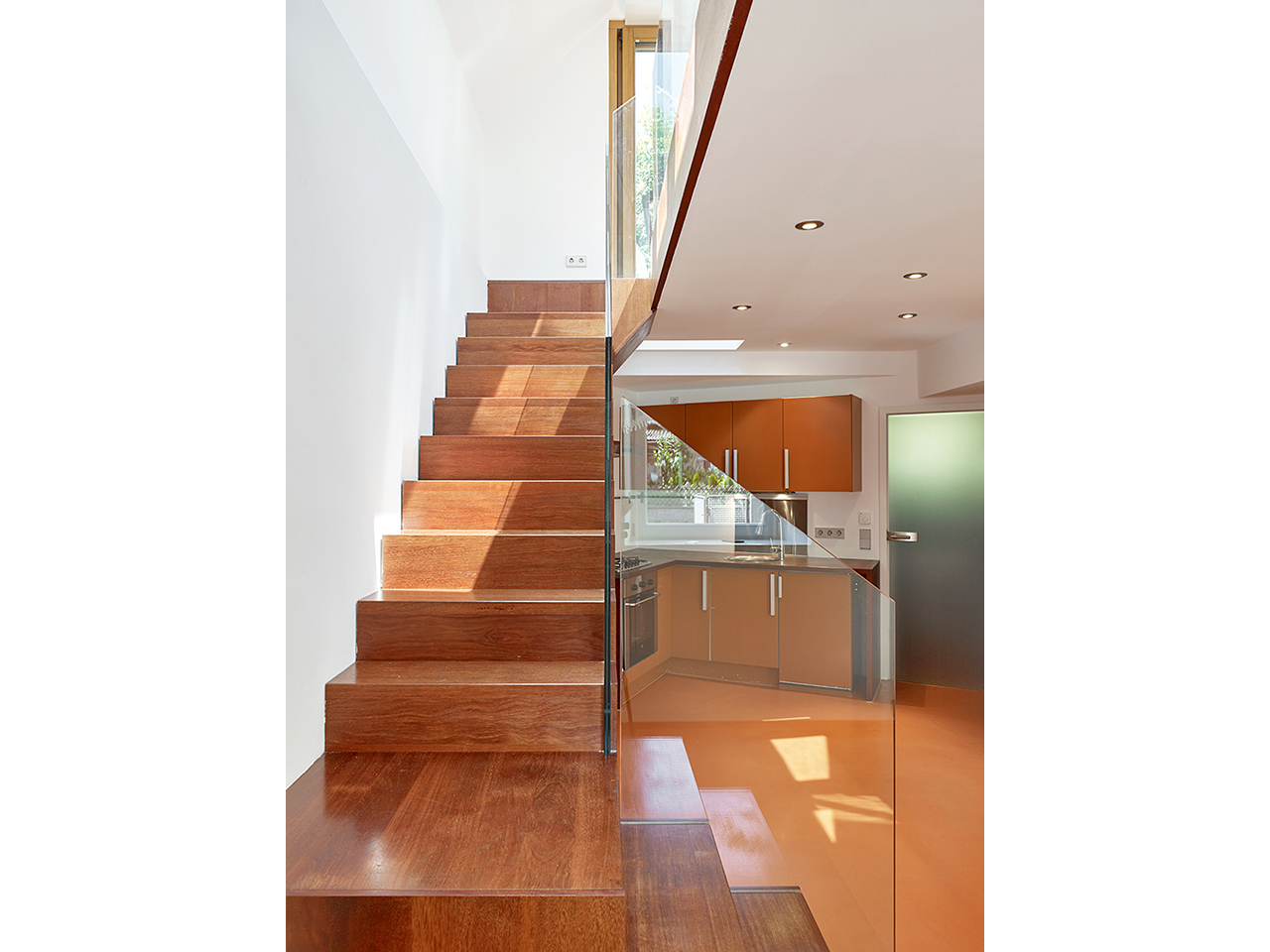 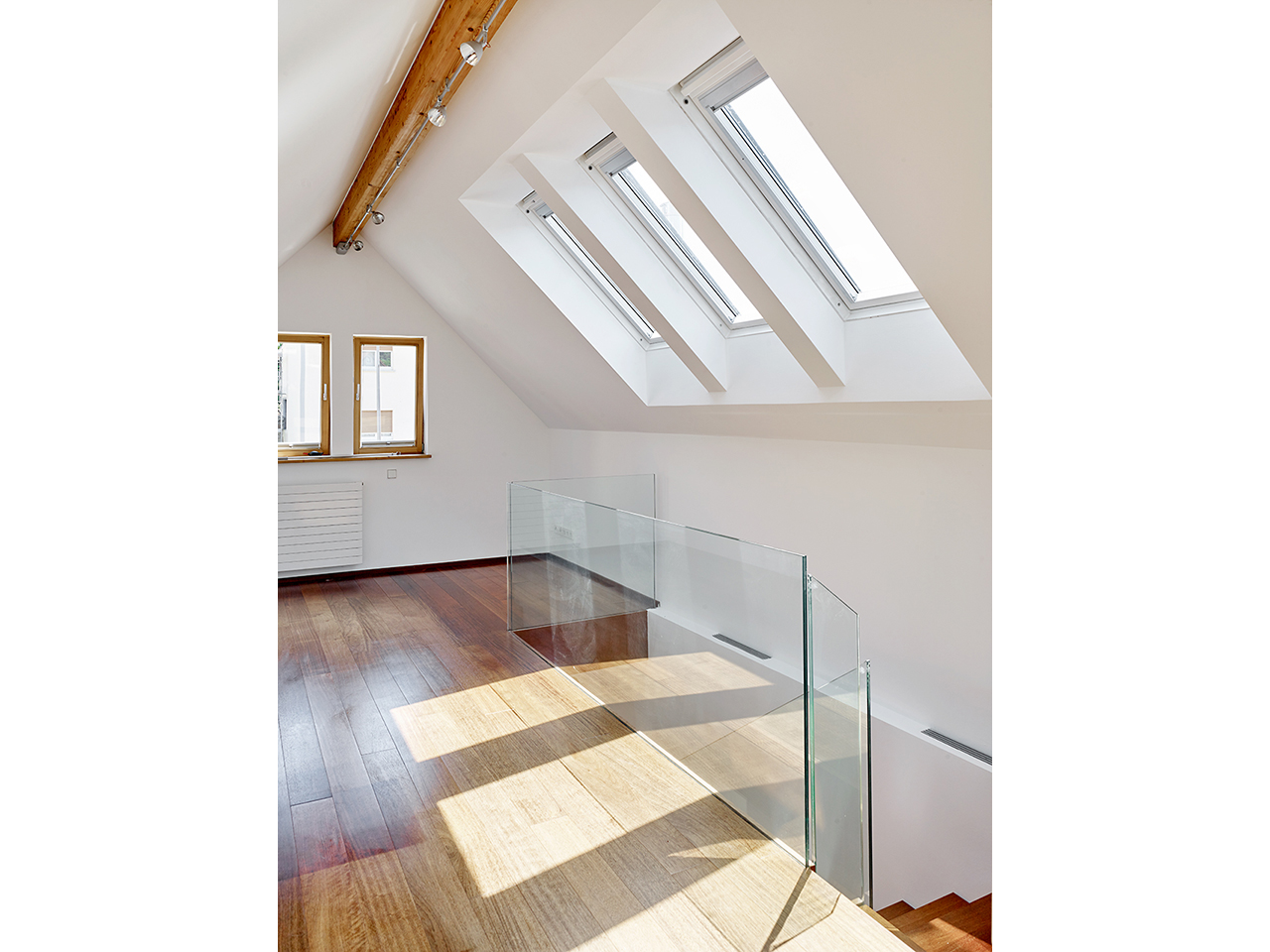 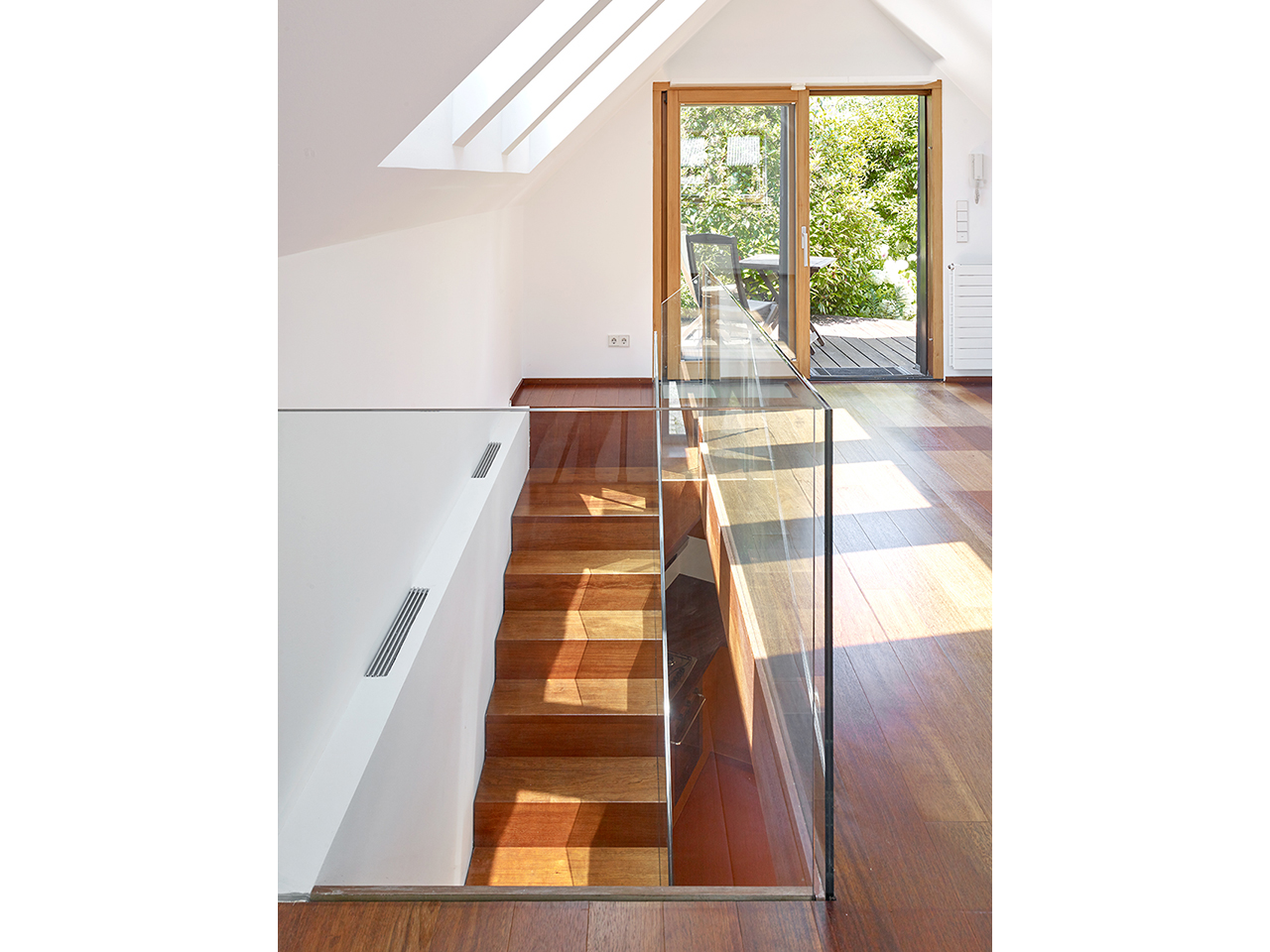 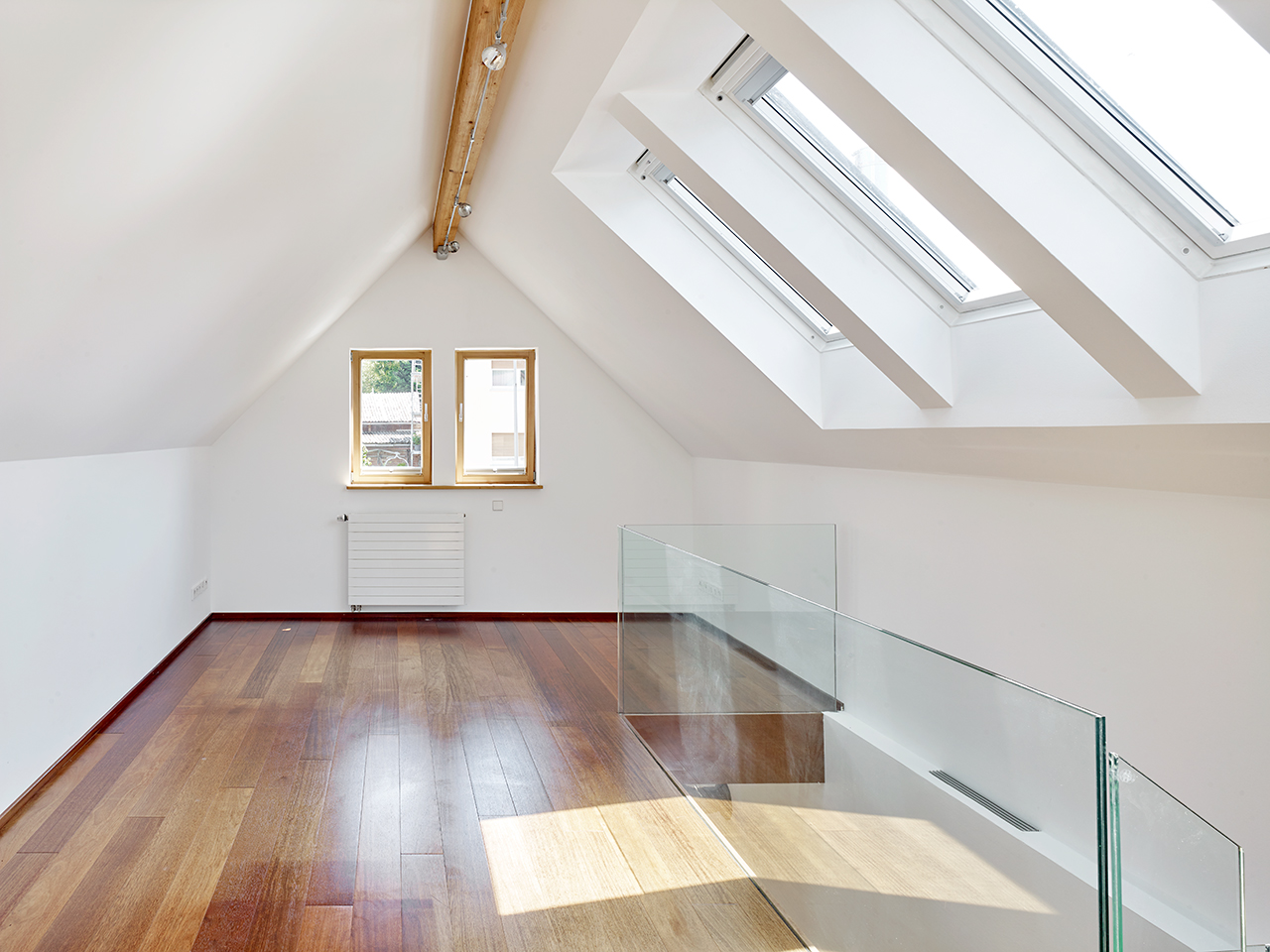 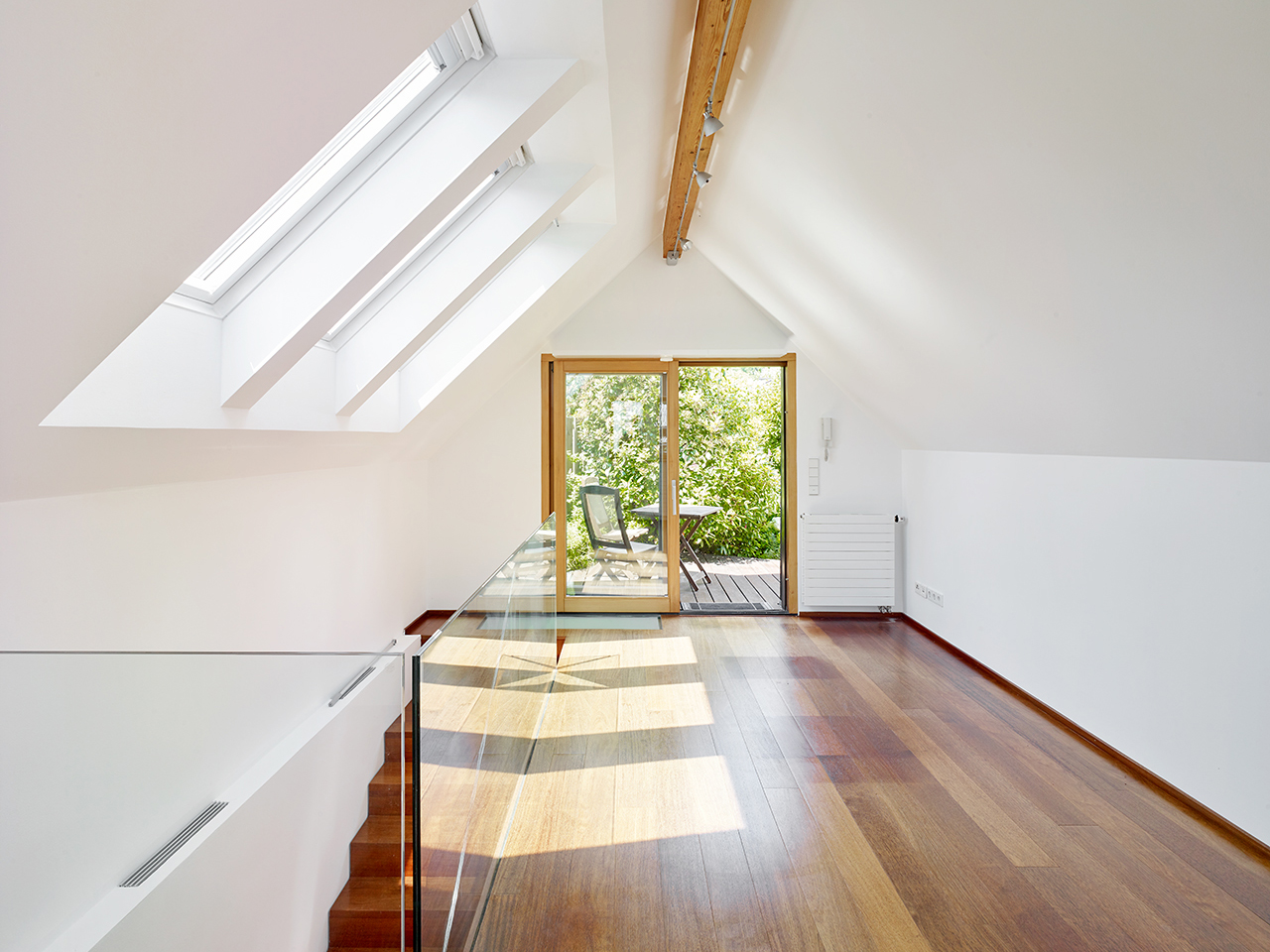 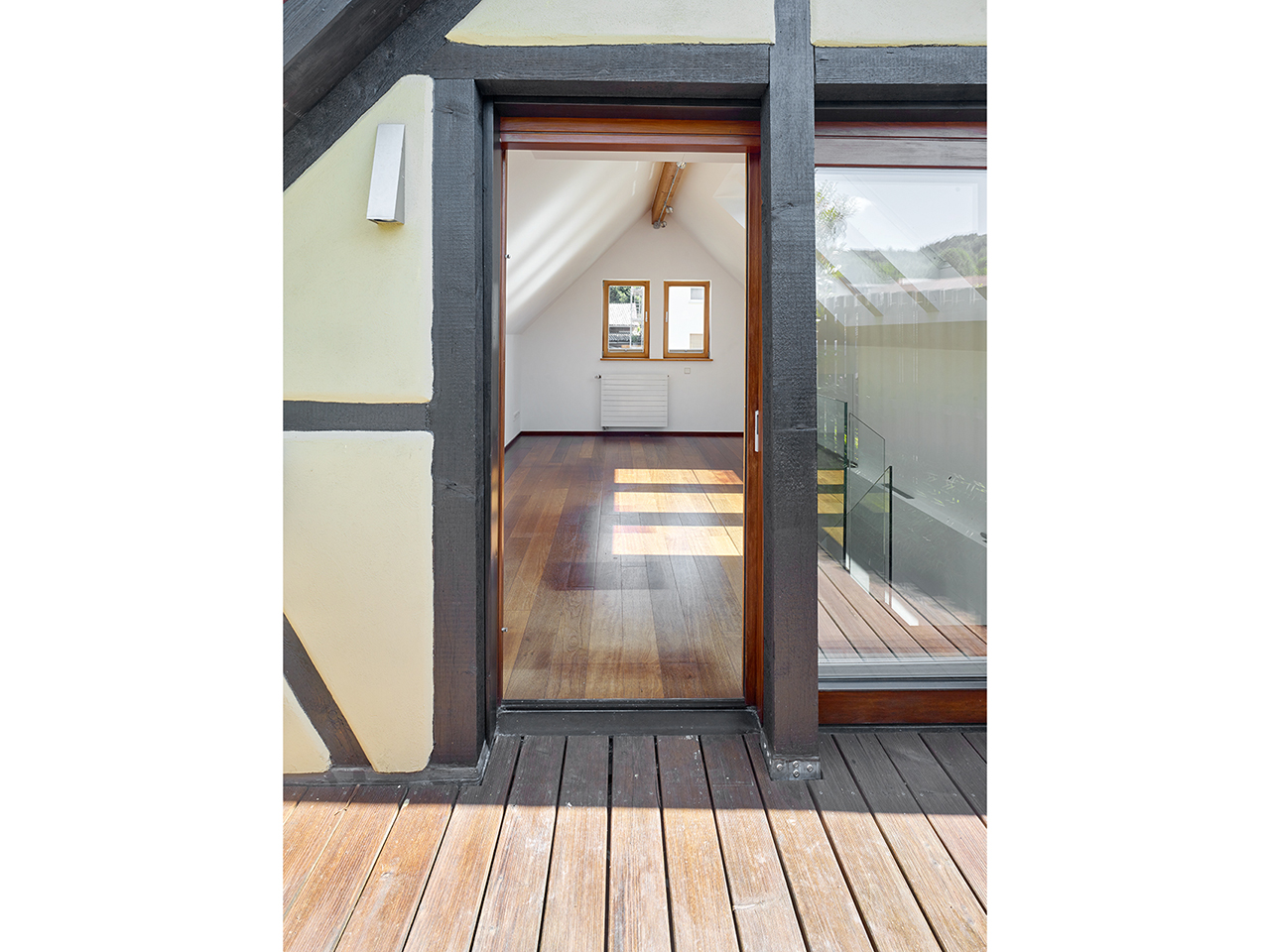 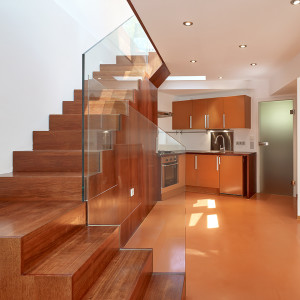 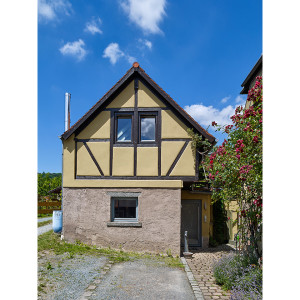 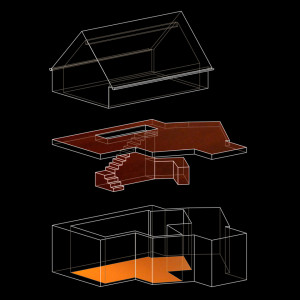 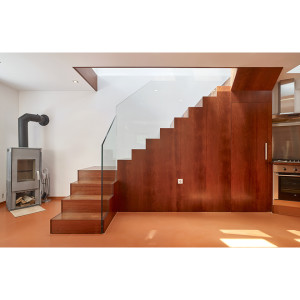 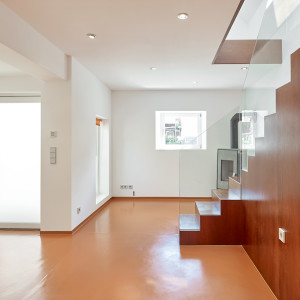 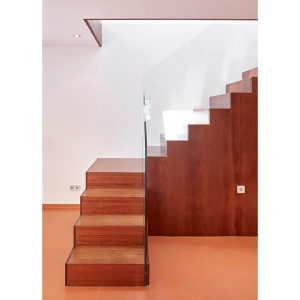 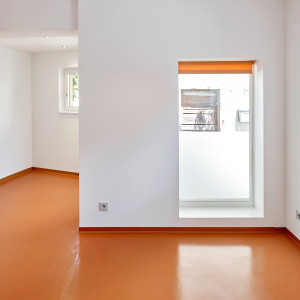 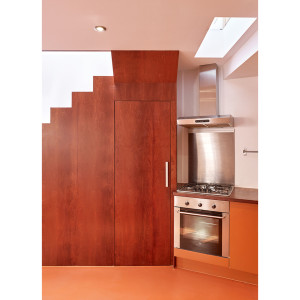 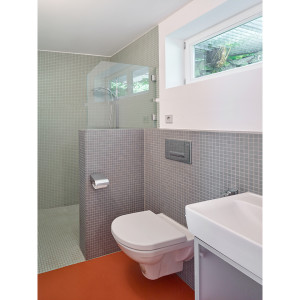 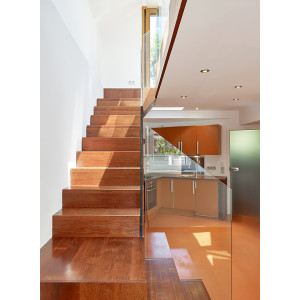 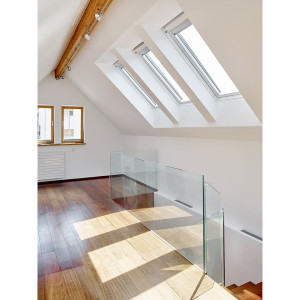 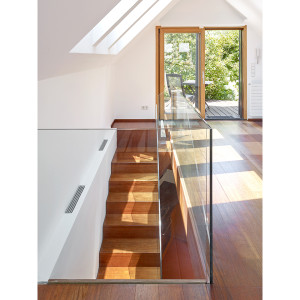 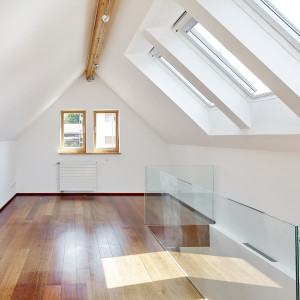 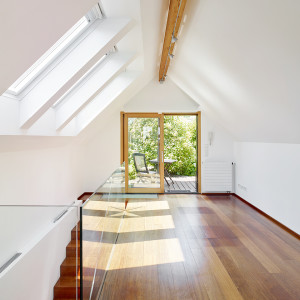 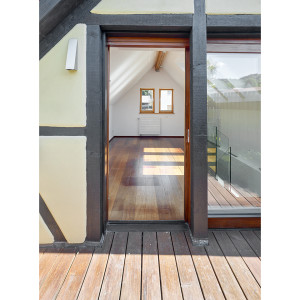 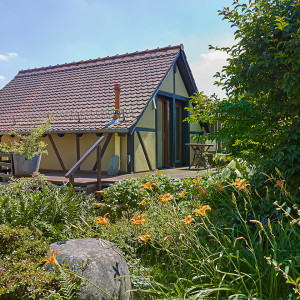 An old shed, which has been used as a goat stall, bakery, wash house and garden shed in its time, was developed as a living space for a sculptress. The lower level, which had been divided into three spaces on an area of less than thirty square metres, was turned into one larger space by removing the internal walls: hall, kitchen and sofa corner with a heating stove are mixed together. The walls in the back part of this level, which is surrounded by the garden higher up, were extended in order to create a bathroom and box room. The upper level, which had been given a new, extended roof timbering ten years earlier, kept its form and size. By adding three skylights, a light-filled bedroom and work space were created. The stairs that connect the two levels develop from the floorboards of the upper level and protrude as a corpus of dark wood through to the lower level, where they stand on orange linoleum. Dark wood and orange surfaces are also to be seen in the kitchen corner, which is lit with daylight through a glass panel in the floor of the upper level. The corpus of the stairs serves at the same time as a larder, guaranteeing the optimal use of the small space. The spatial conception, the sculptural shape of the stairs, the choice of materials and colours as well as maximising the exposure of the internal space to its surroundings through the additional use of glass have lead to the spaces flowing into each other – even between levels. In consequence, the small shed appears surprisingly broad and spacious.