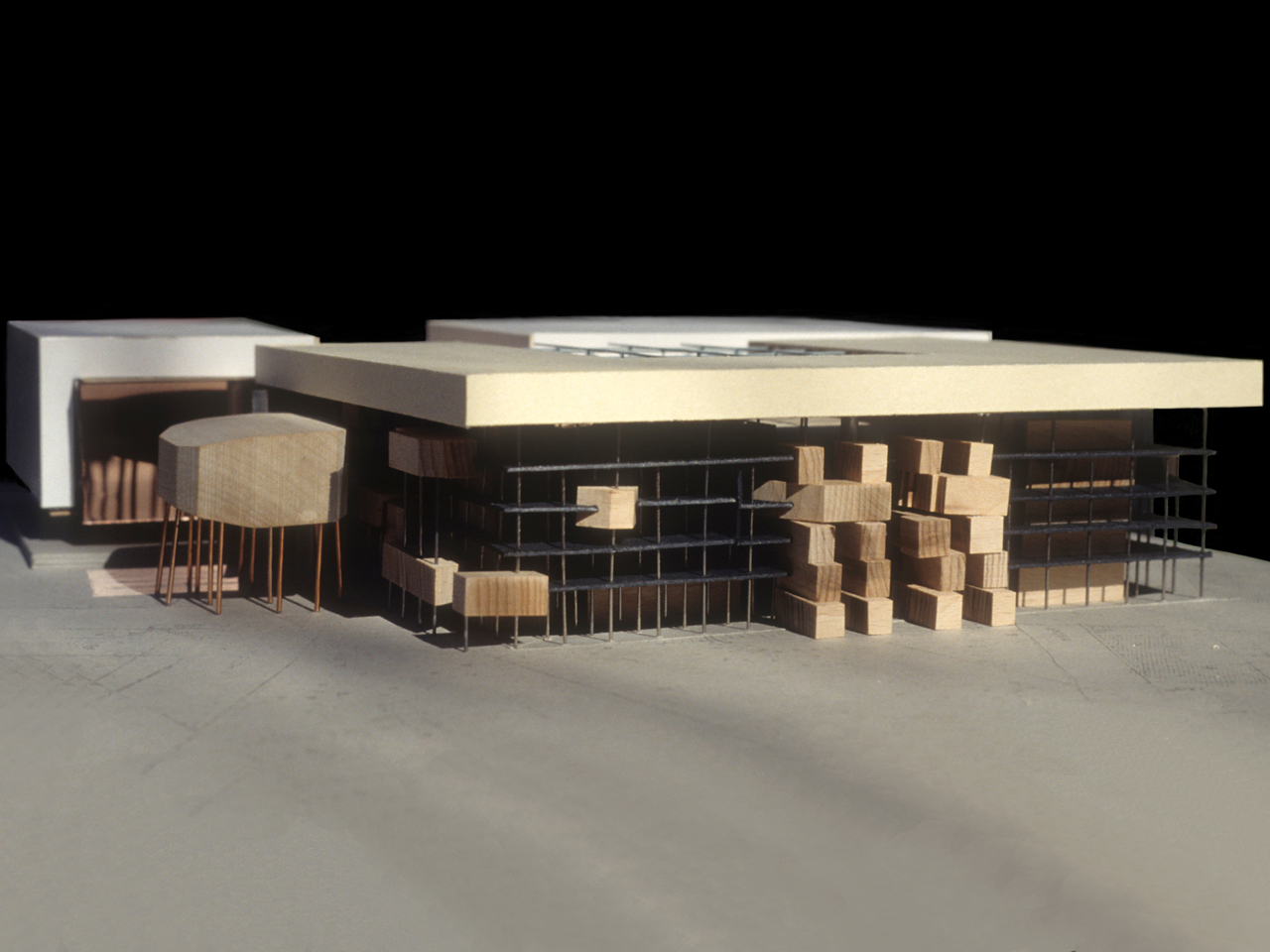 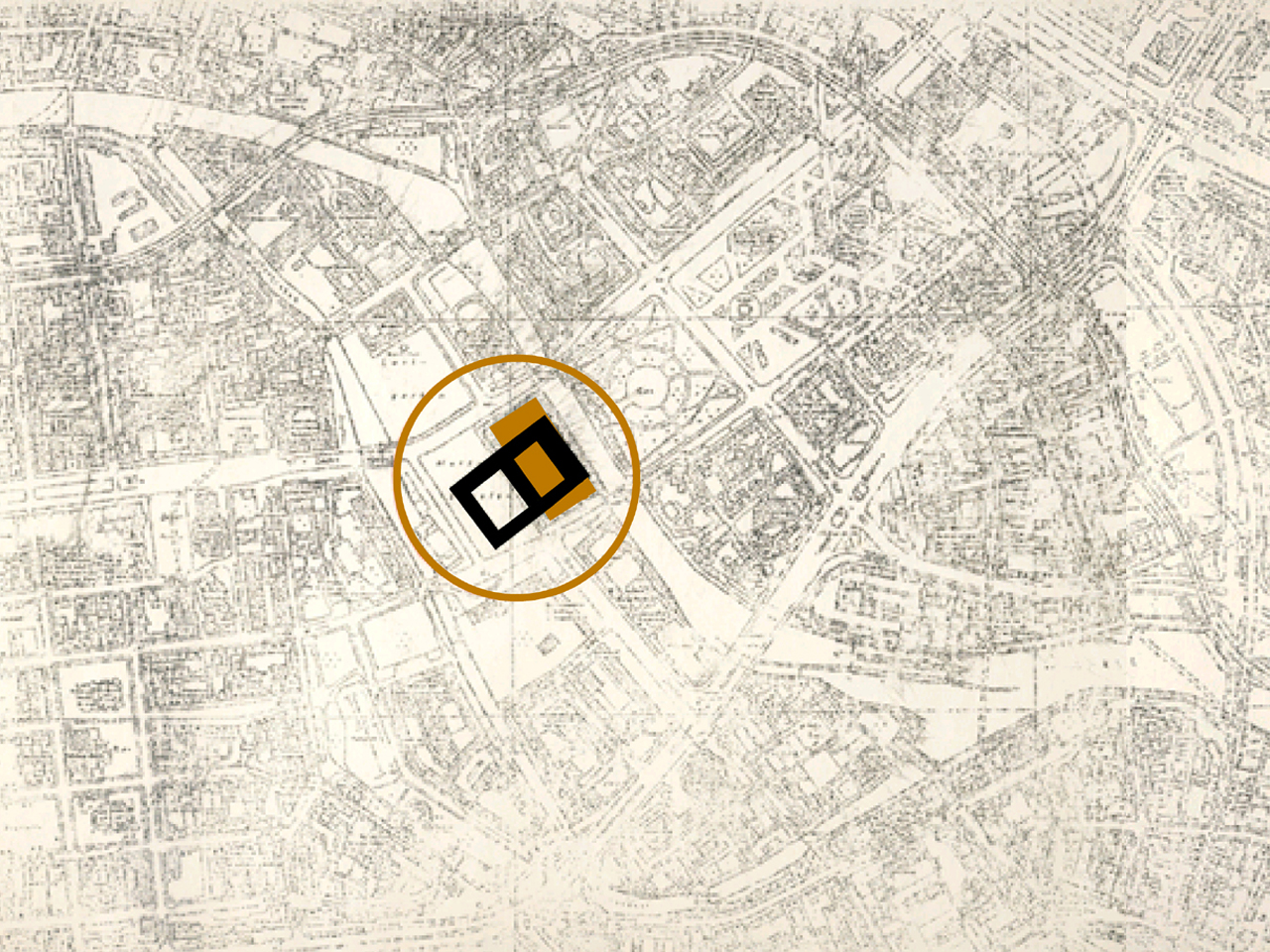 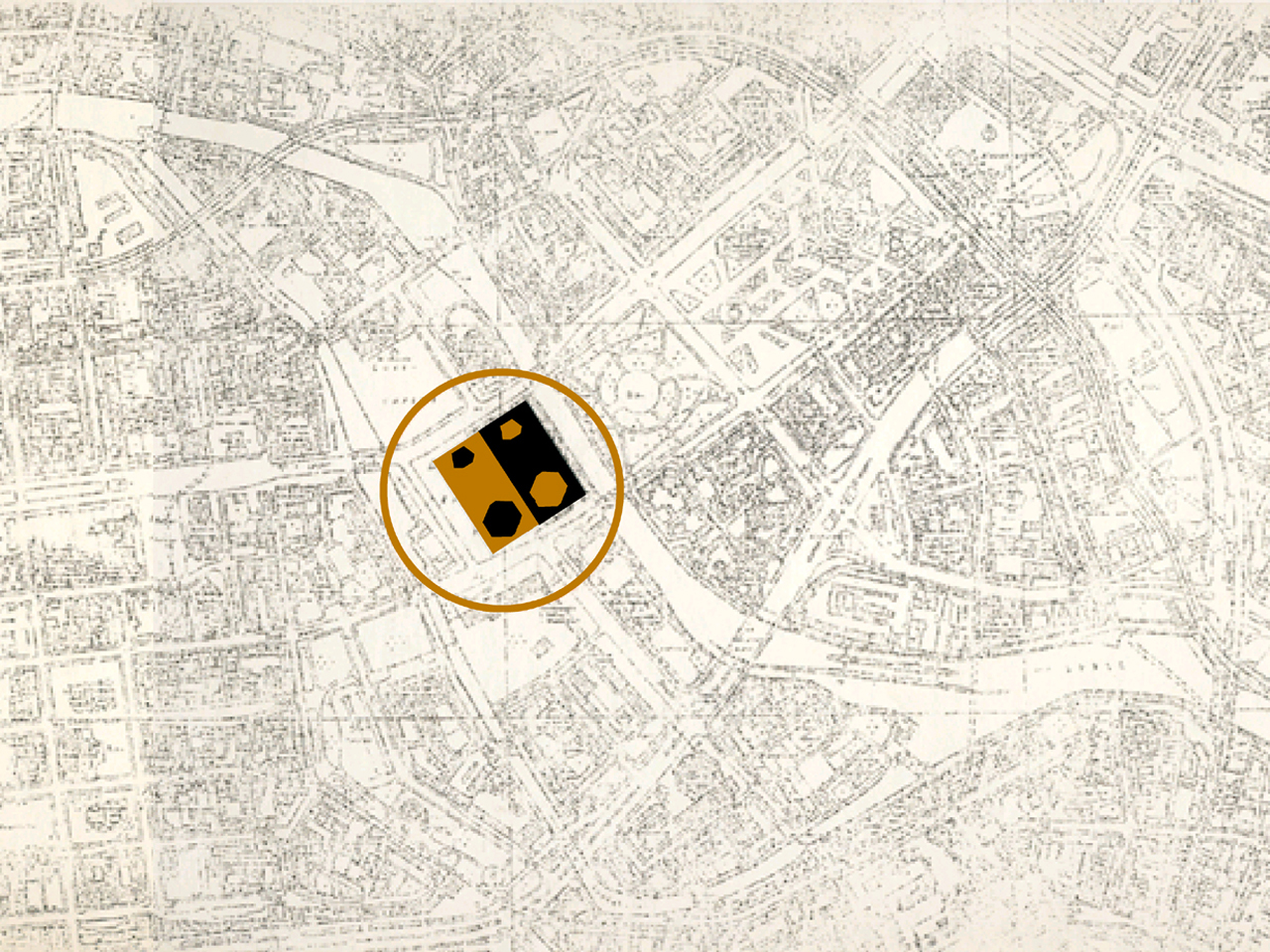 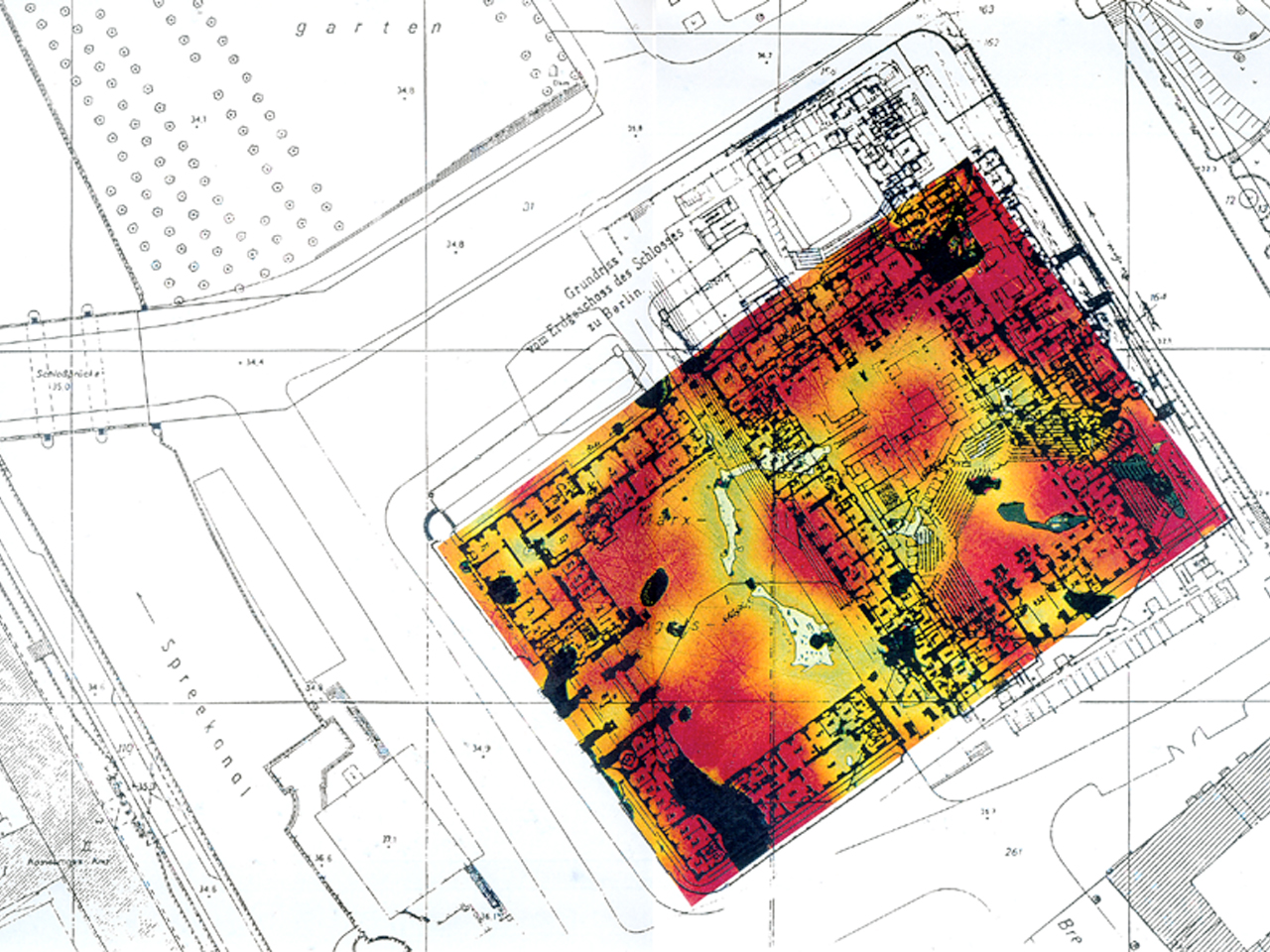 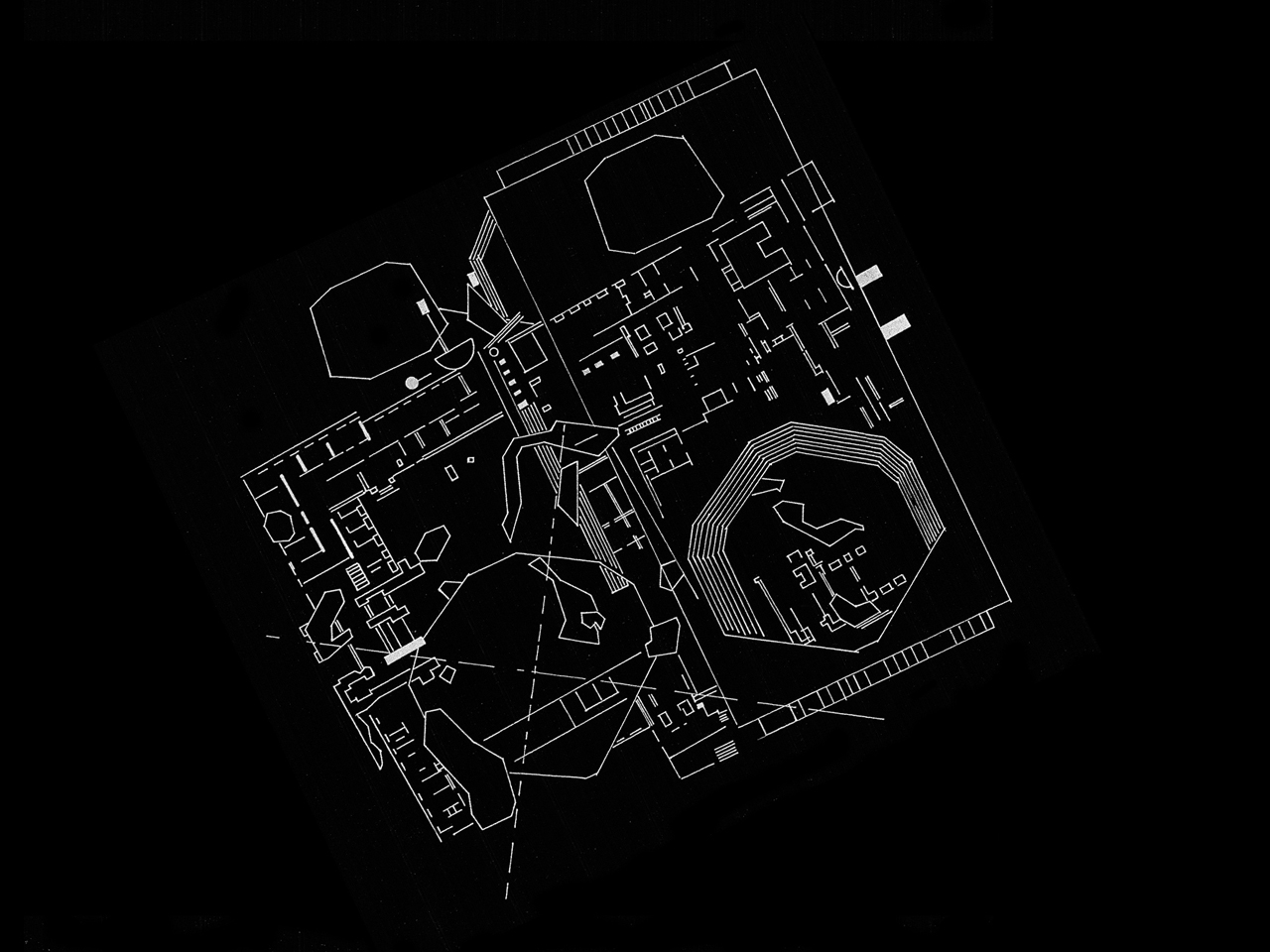 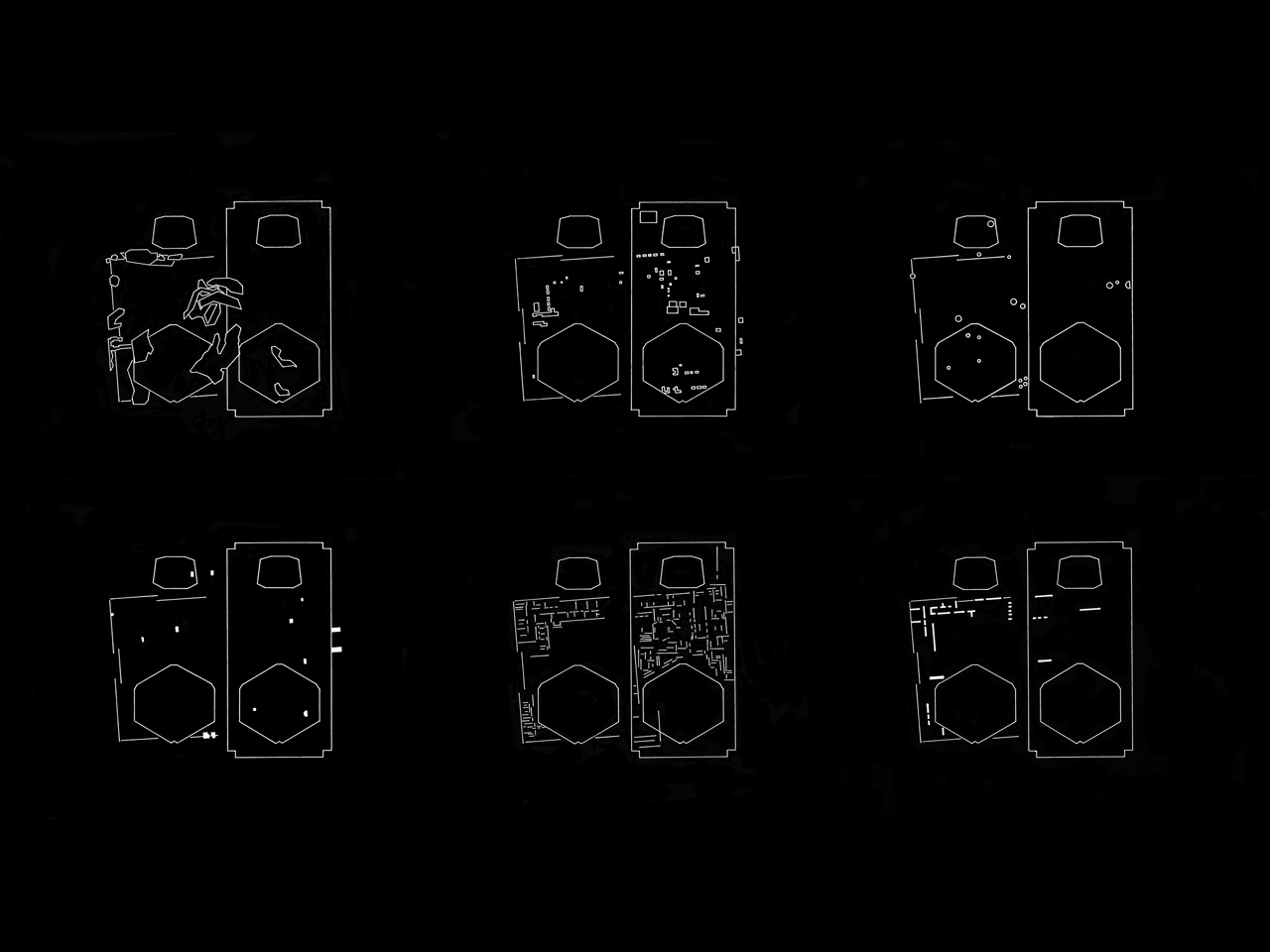 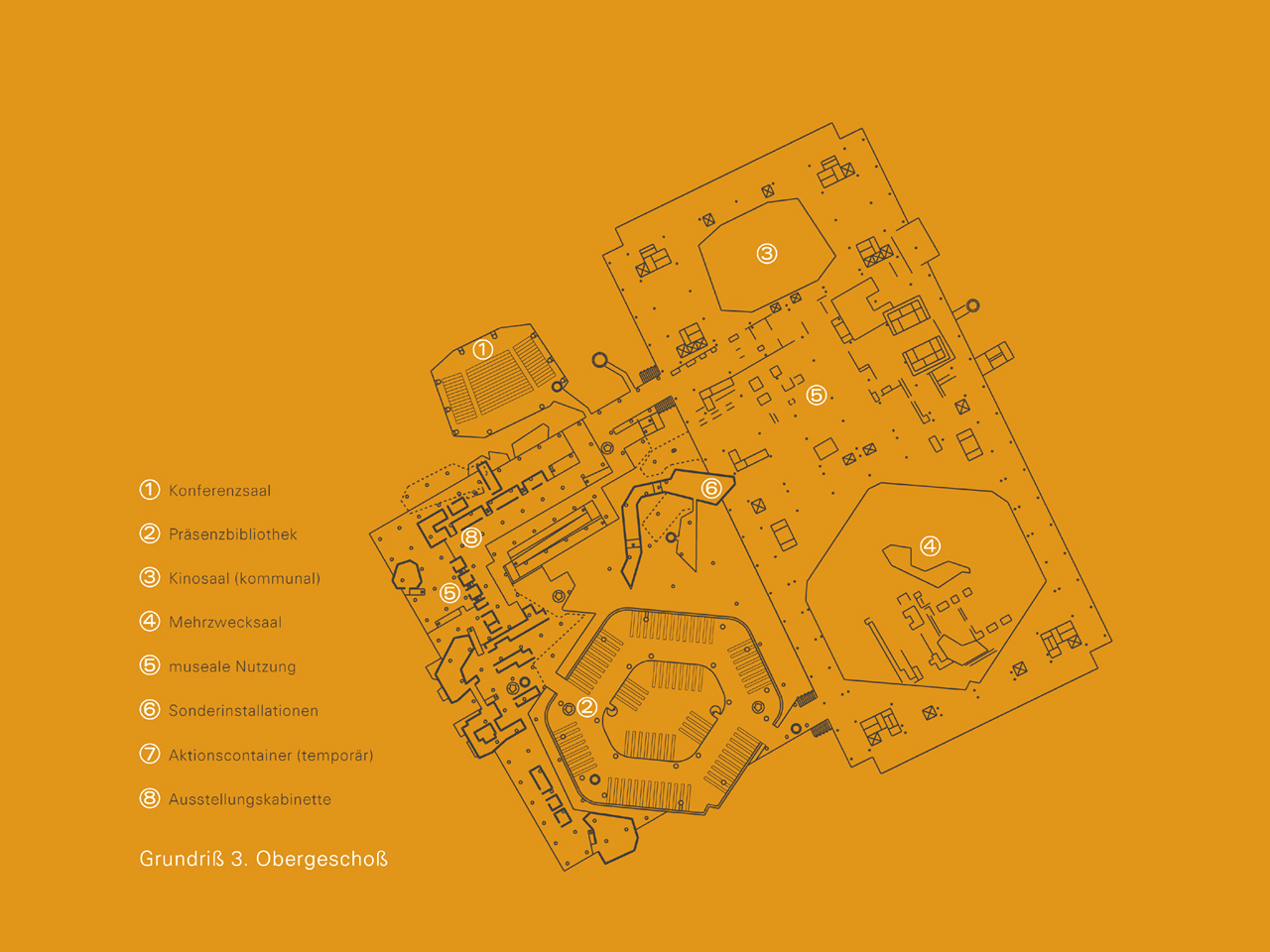 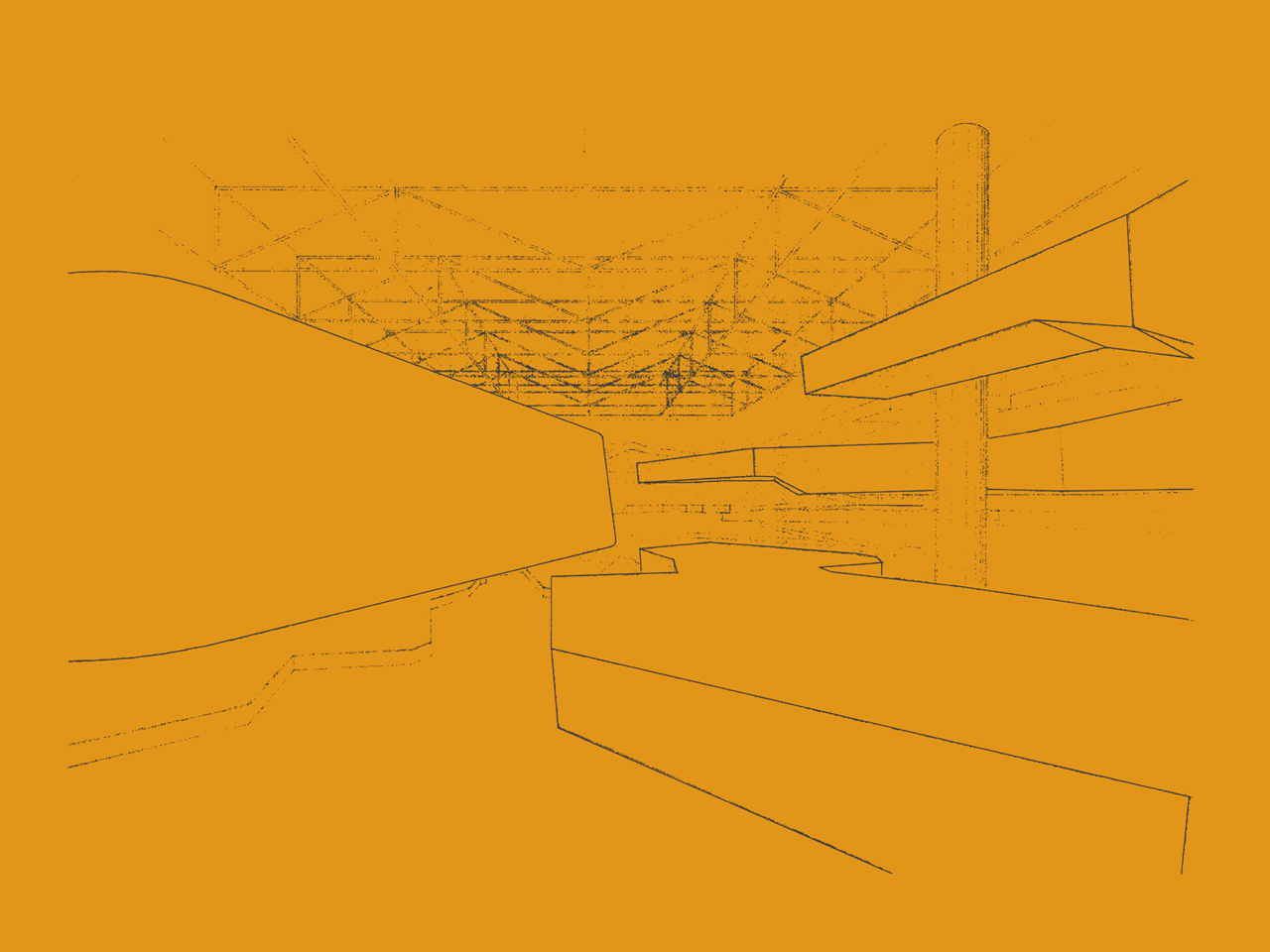 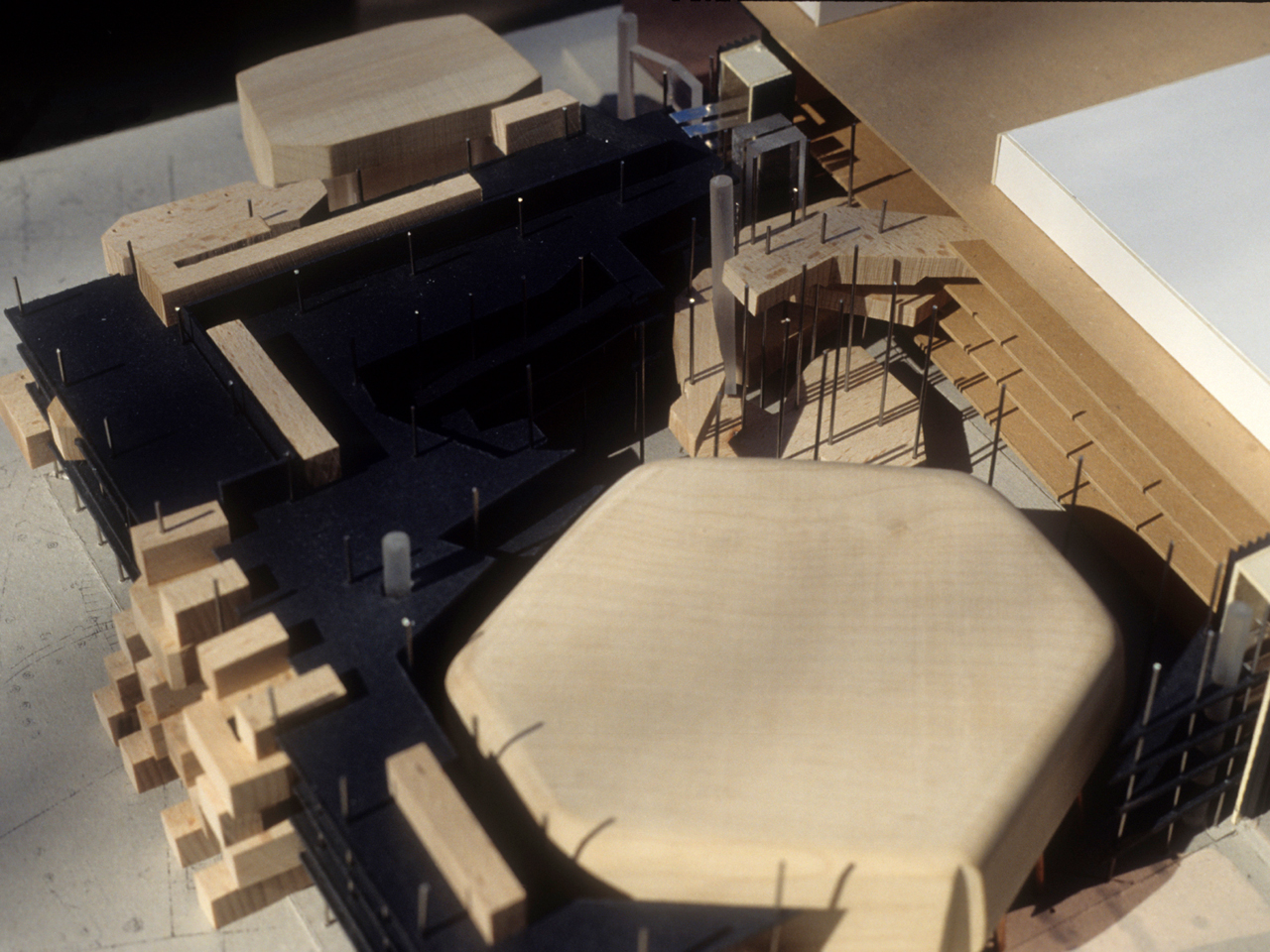 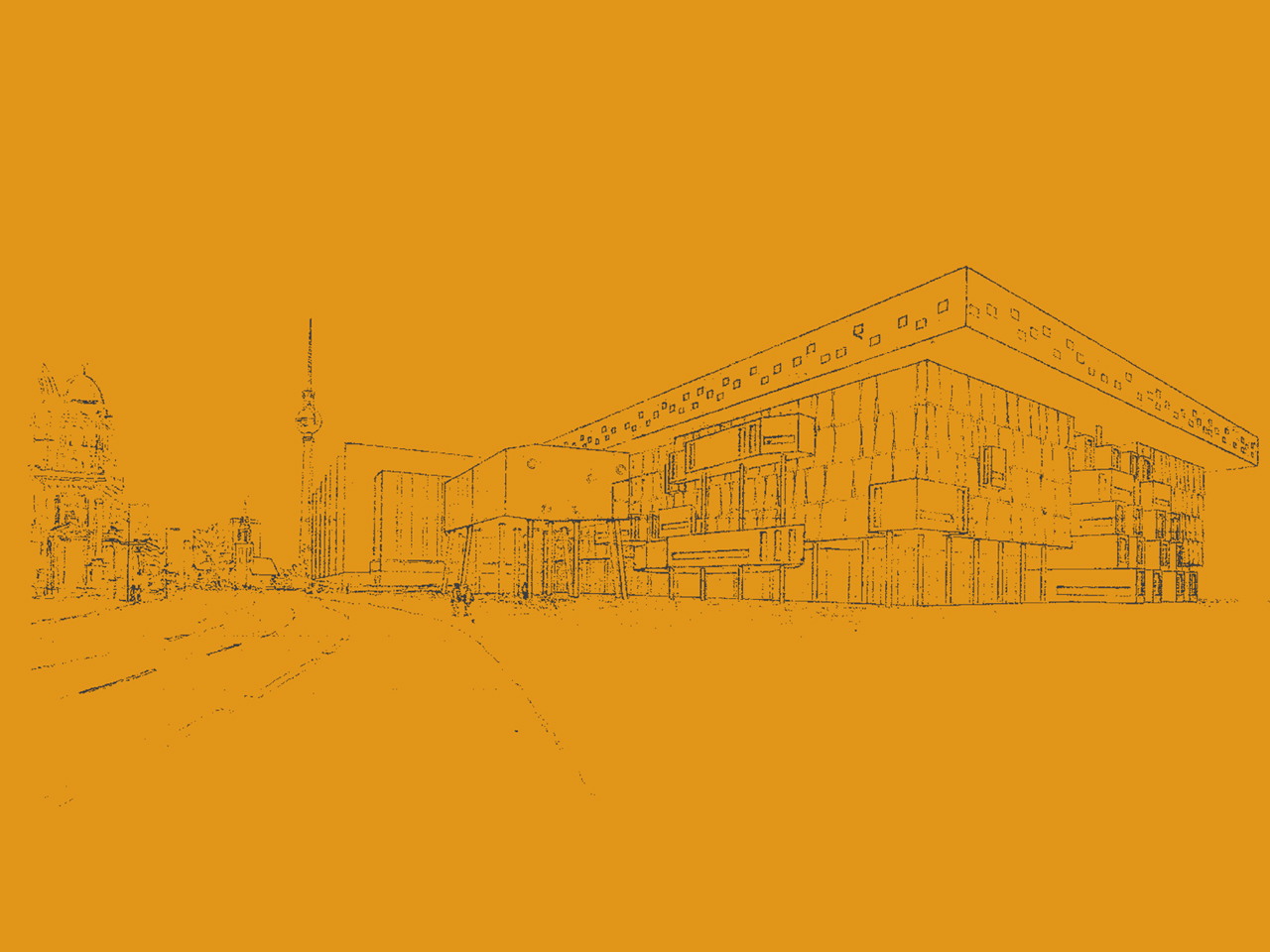 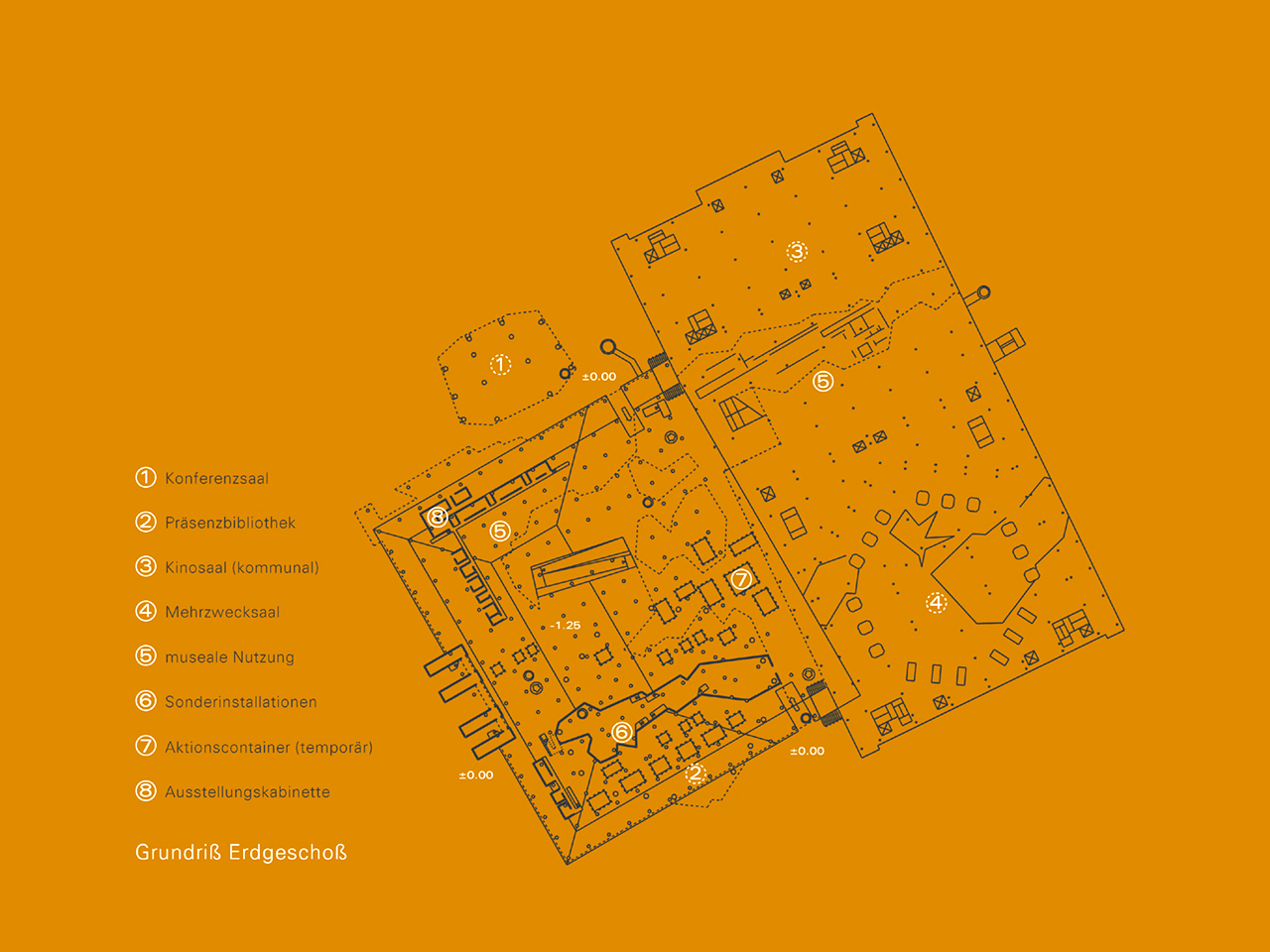 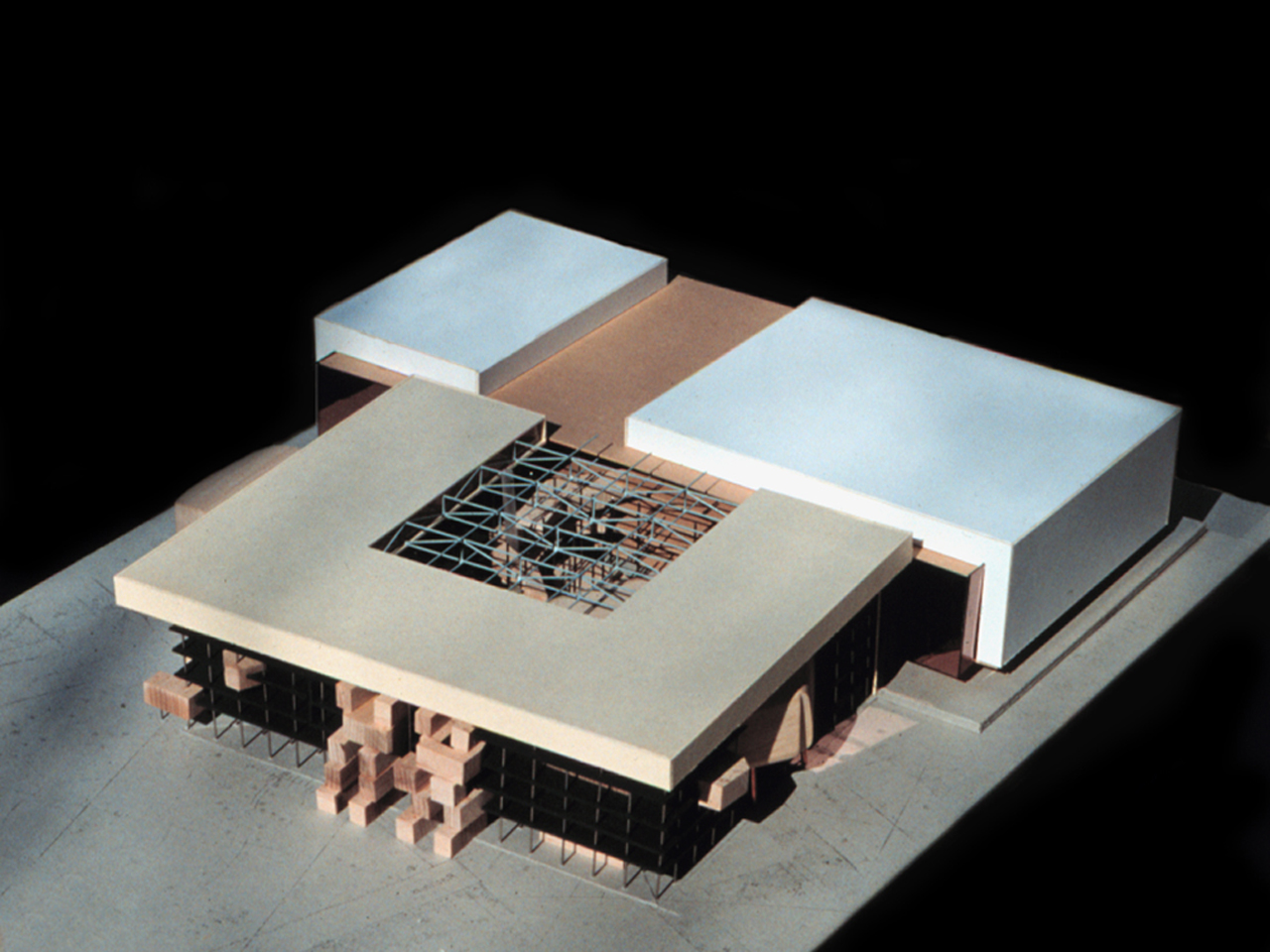 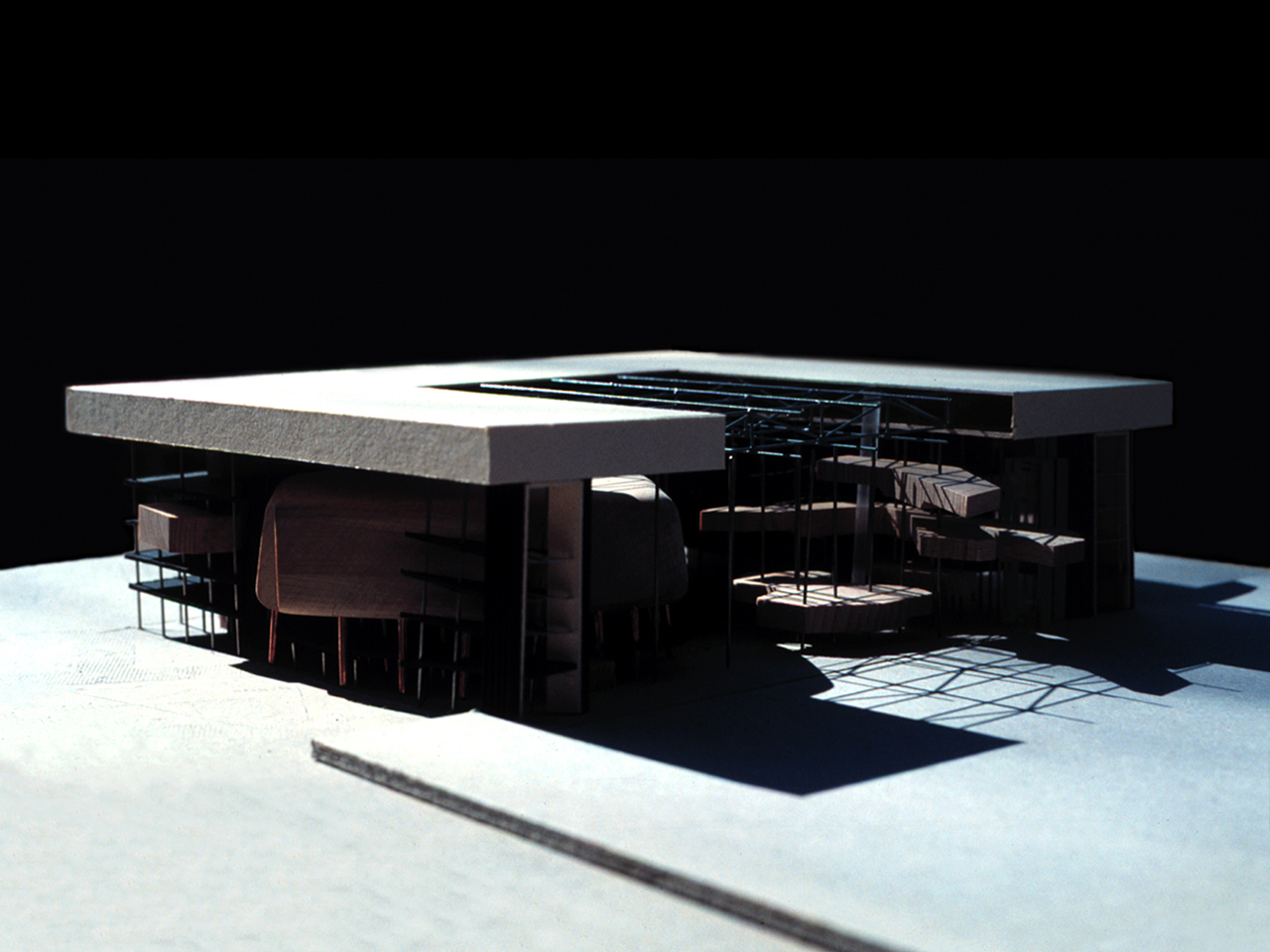 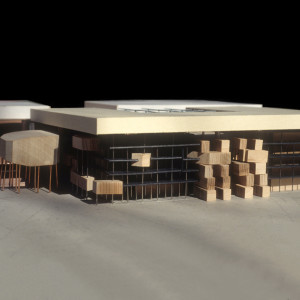 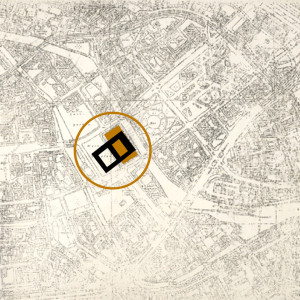 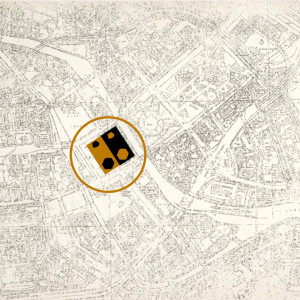 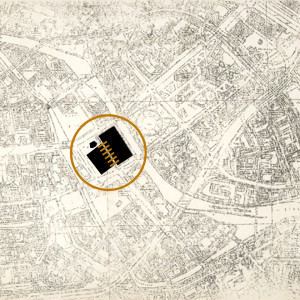 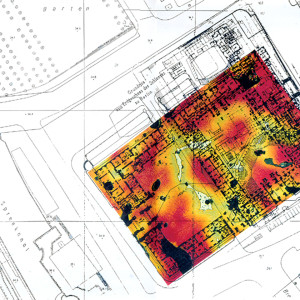 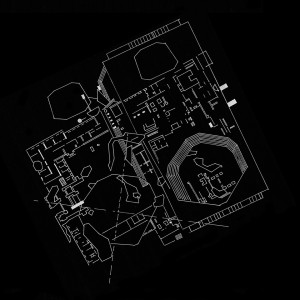 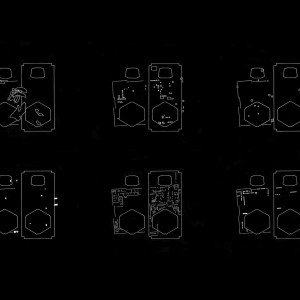 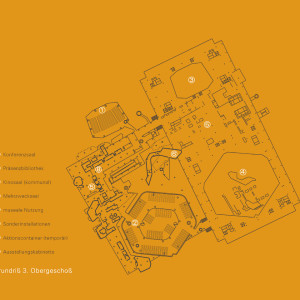 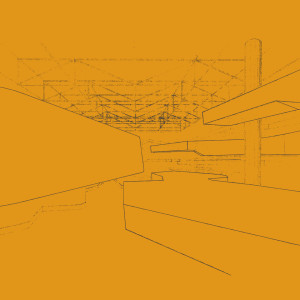 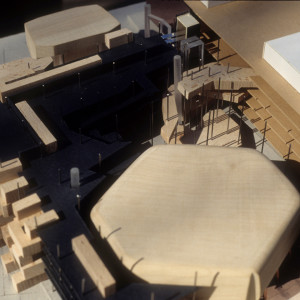 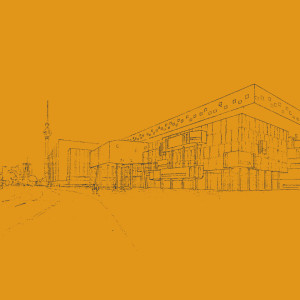 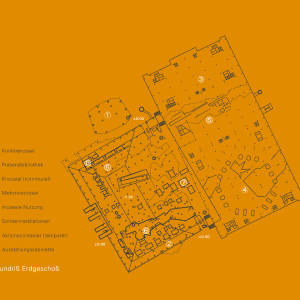 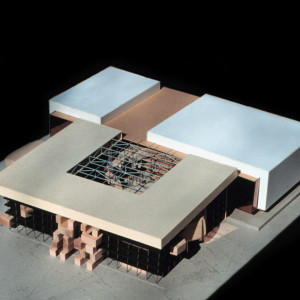 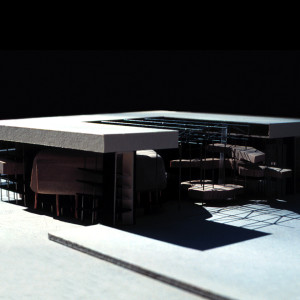 Architecture is always a political act. Beyond a doubt, a political attitude is also expressed in the demolition of significant buildings. Therefore, in a time of multiple paradigm shifts with values arbitrarily exchangeable on the market of information, the question arises whether it is still appropriate to operate from a mentality that tears down temples to erect churches on the same site. As a contribution to the debate about the future of Berlin’s Schloßplatz, this project acknowledges the ‘Palast der Republik’ as a symbol of a reality and a history. The Palace is not torn down but doubled – as a spatial inversion that answers to the contrary arguments for the conservation or demolition of the building. Both the halls, like hollows in the volume of the cuboid-shaped space of the Palace, are extracted as masses and projected to the square alongside. Regarding the volume of the absent Berlin Royal Palace only that part of the volume is added which does not intersect with the existing building of the Palace of the Republic when overlaying their floor plans. By this means, a composition is created that not only makes sense in terms of urban space, but also connects three epochs. An arrangement emerges that consists of the volume of the Royal Palace, its contemporary interpretation and the existing Palace of the Republic. The interior structure of the new hybrid building has been developed from a superposition: Both floor plans have been informed by a seemingly irregular structure. Microscopic photos of bronze, both a sculptural material and surface of the 1970s palace façade, provided the basis for the development of a non-hierarchical structure.