design, planning and crafting of computer terminals for a media festival, with jörg lorenz 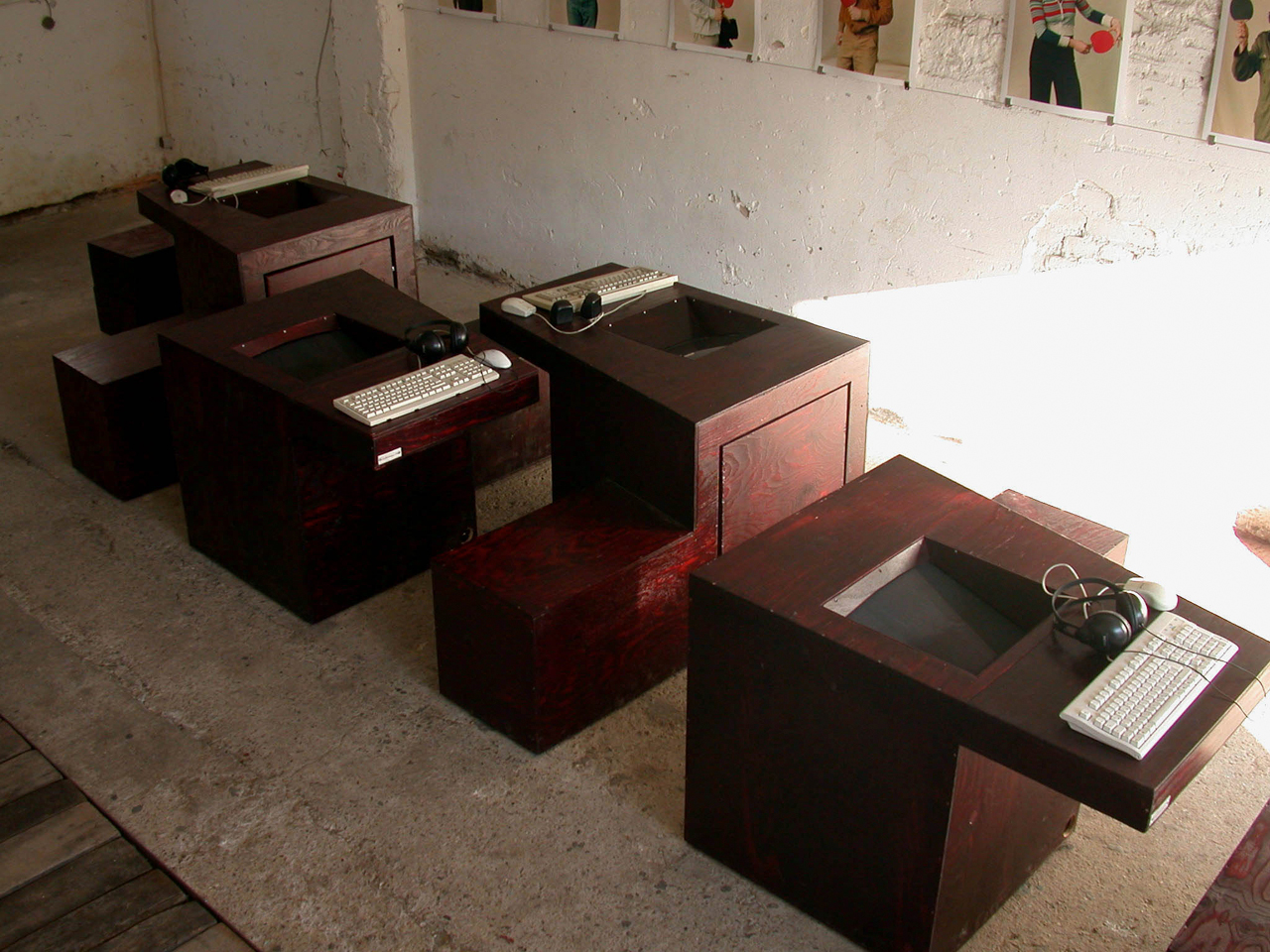 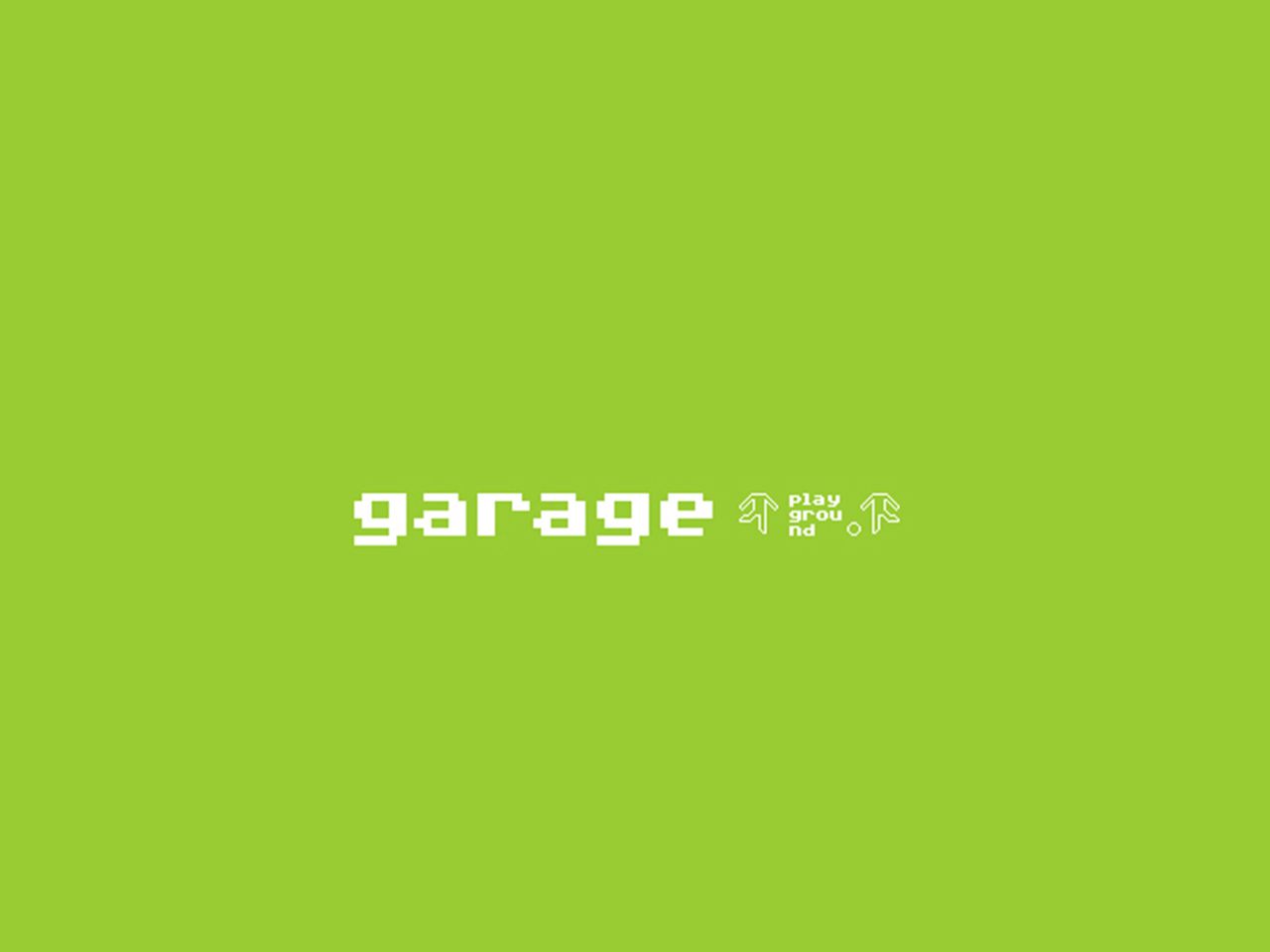 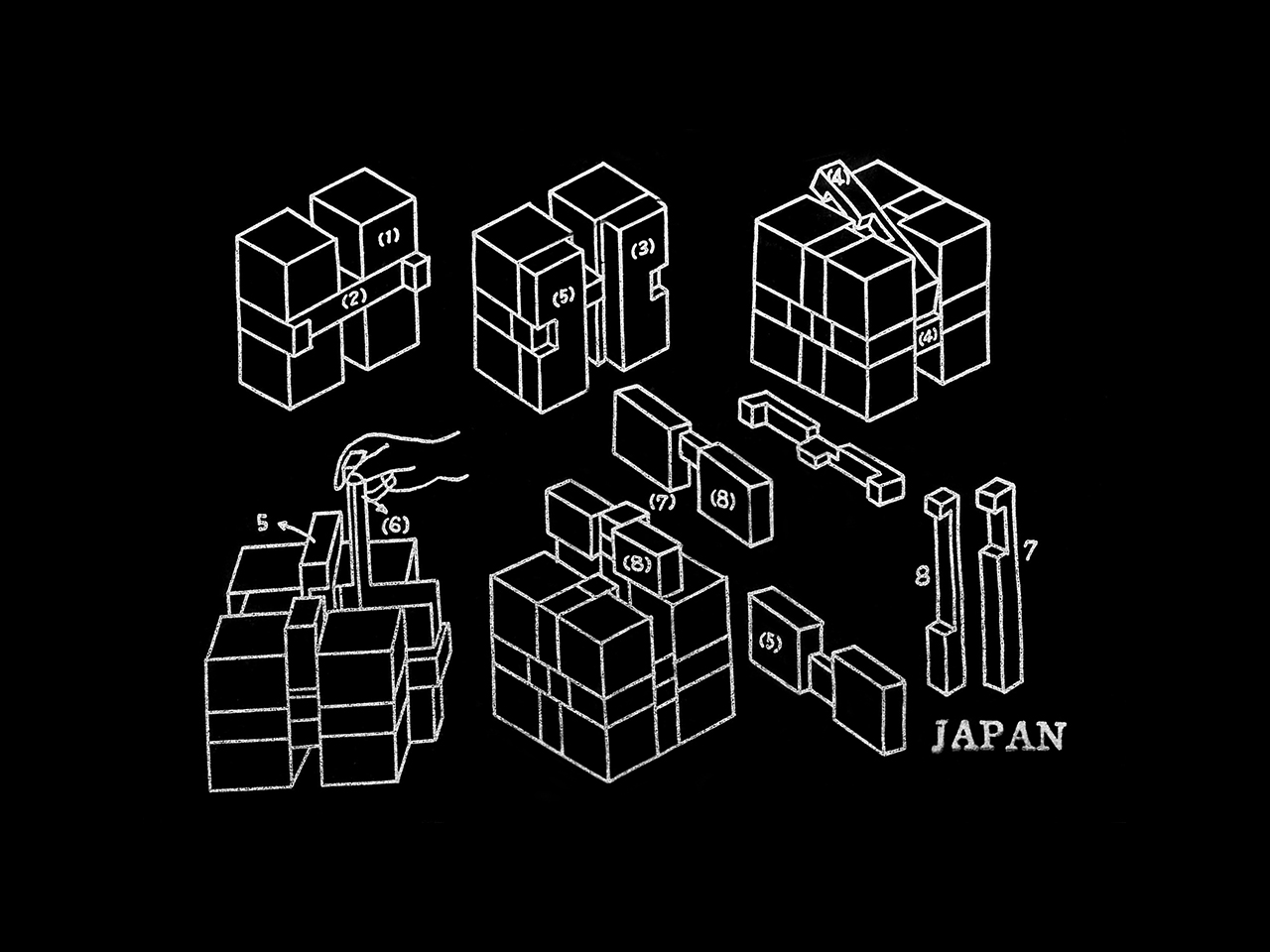 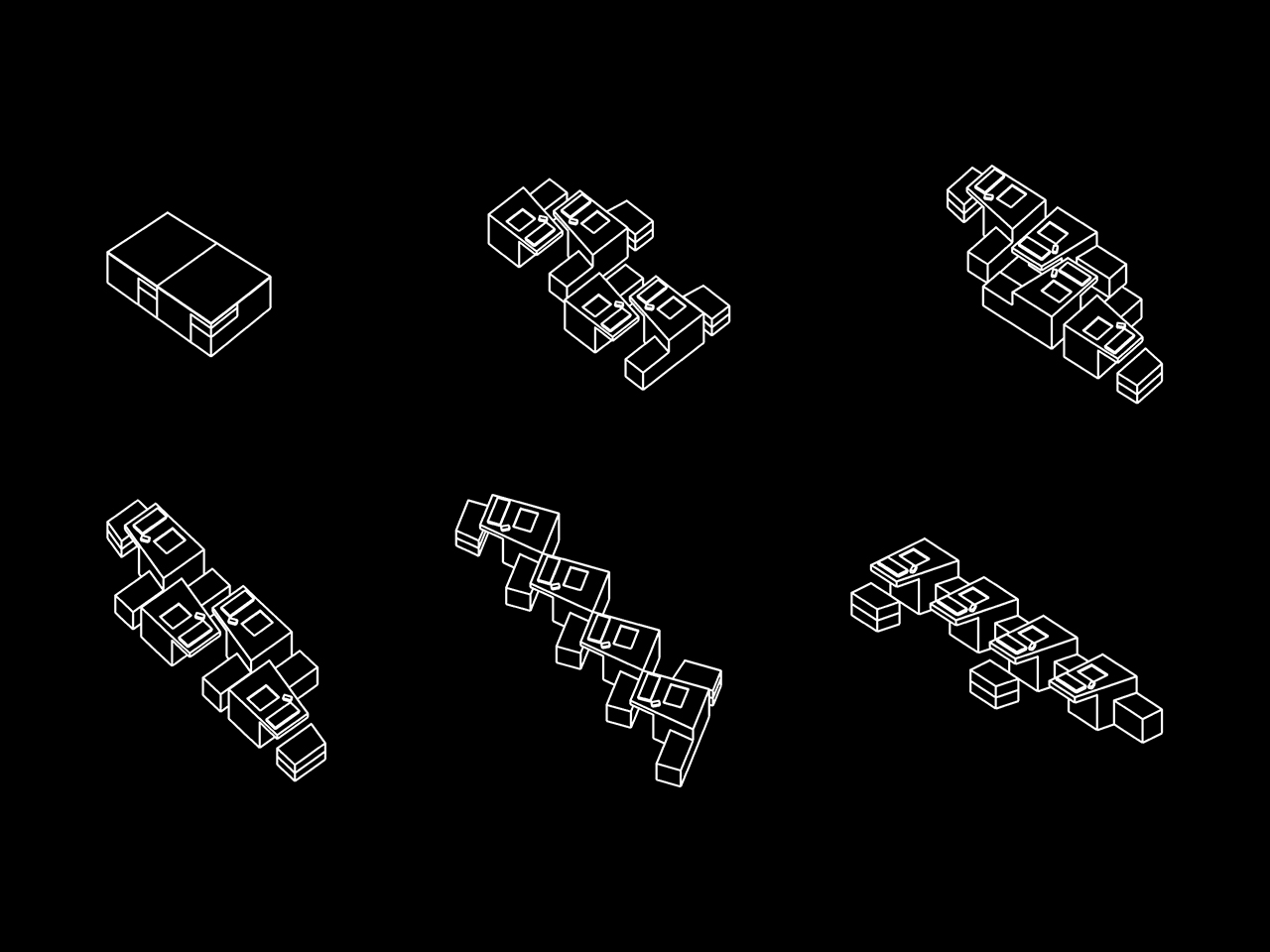 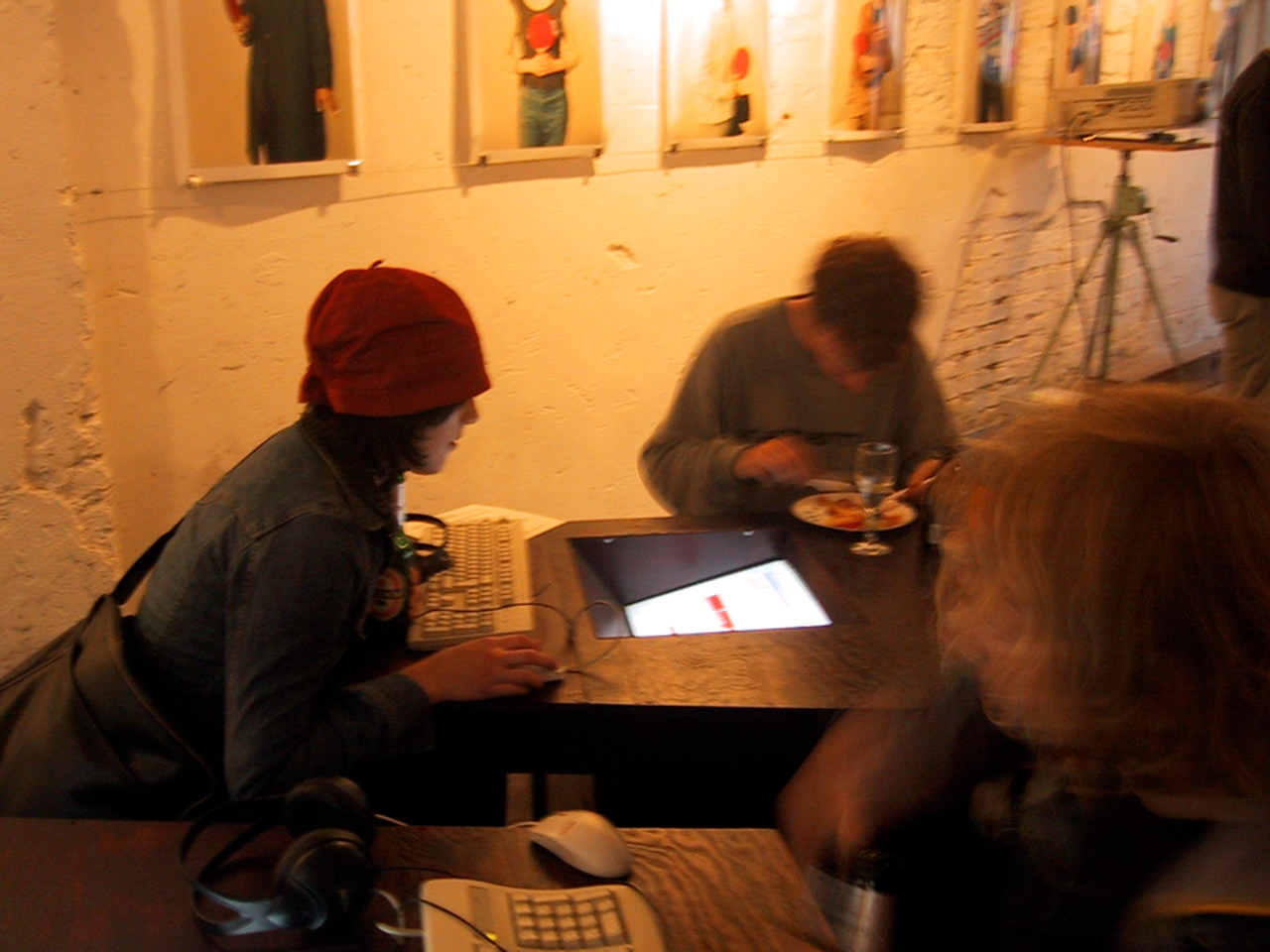 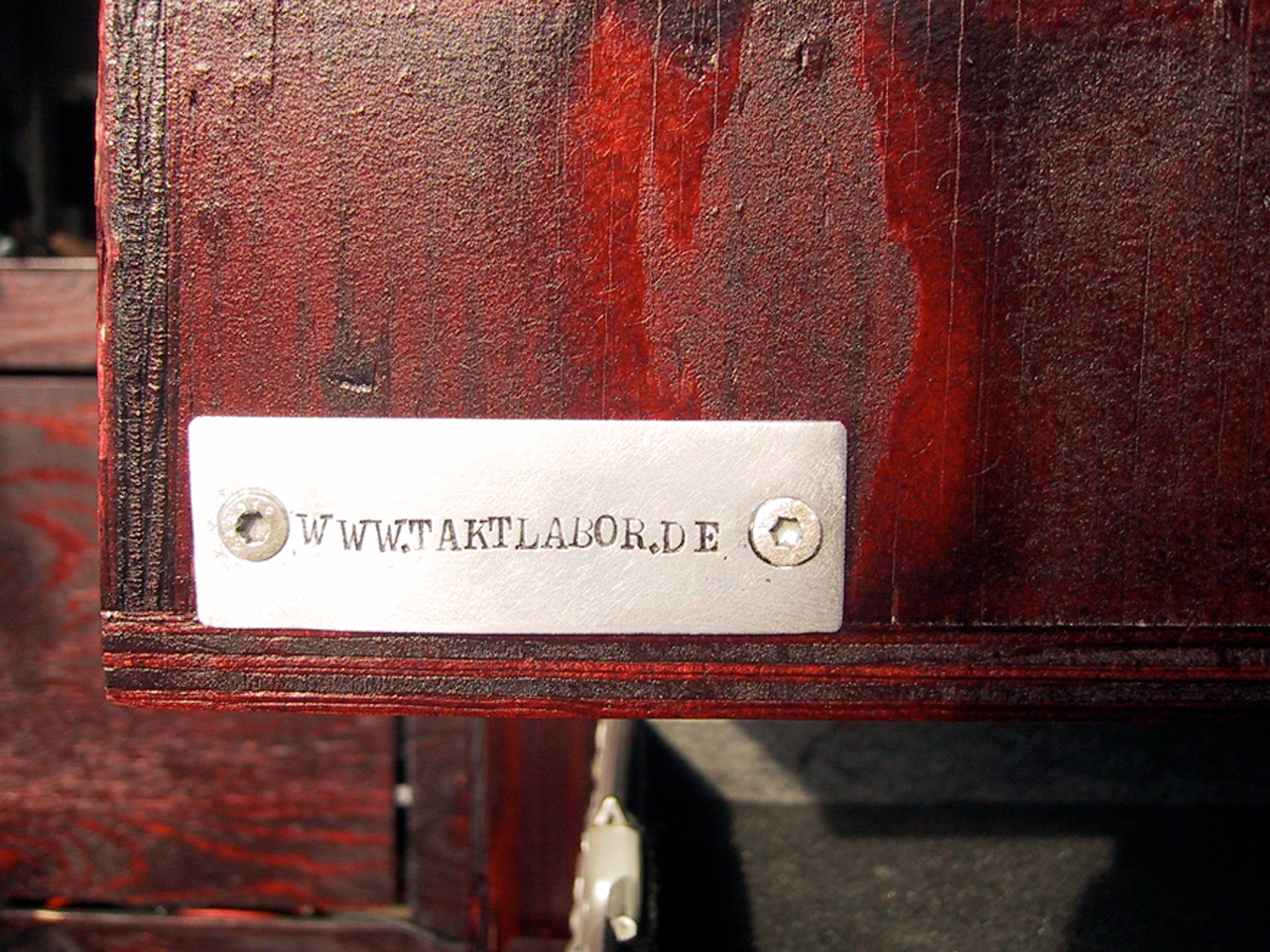 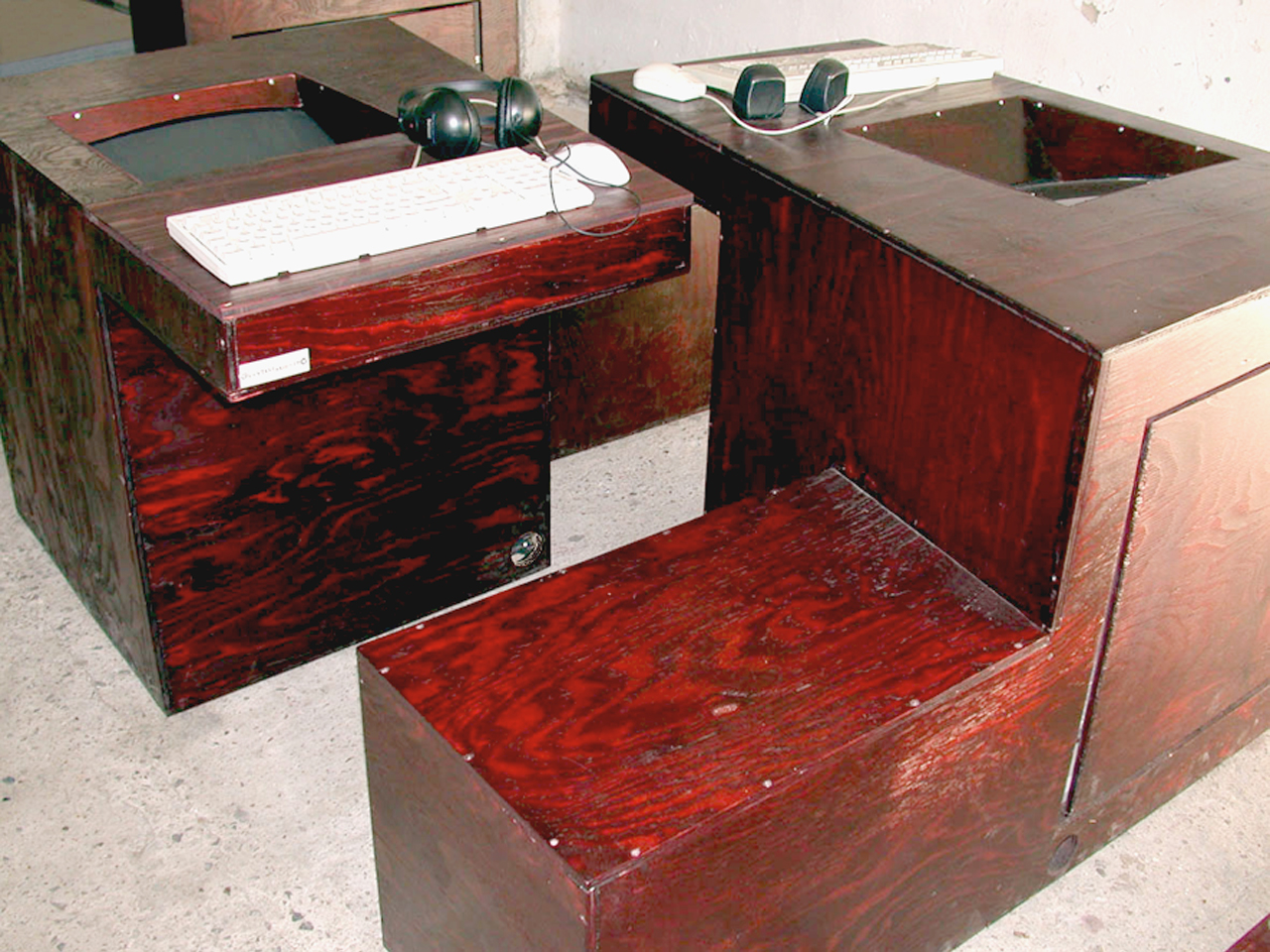 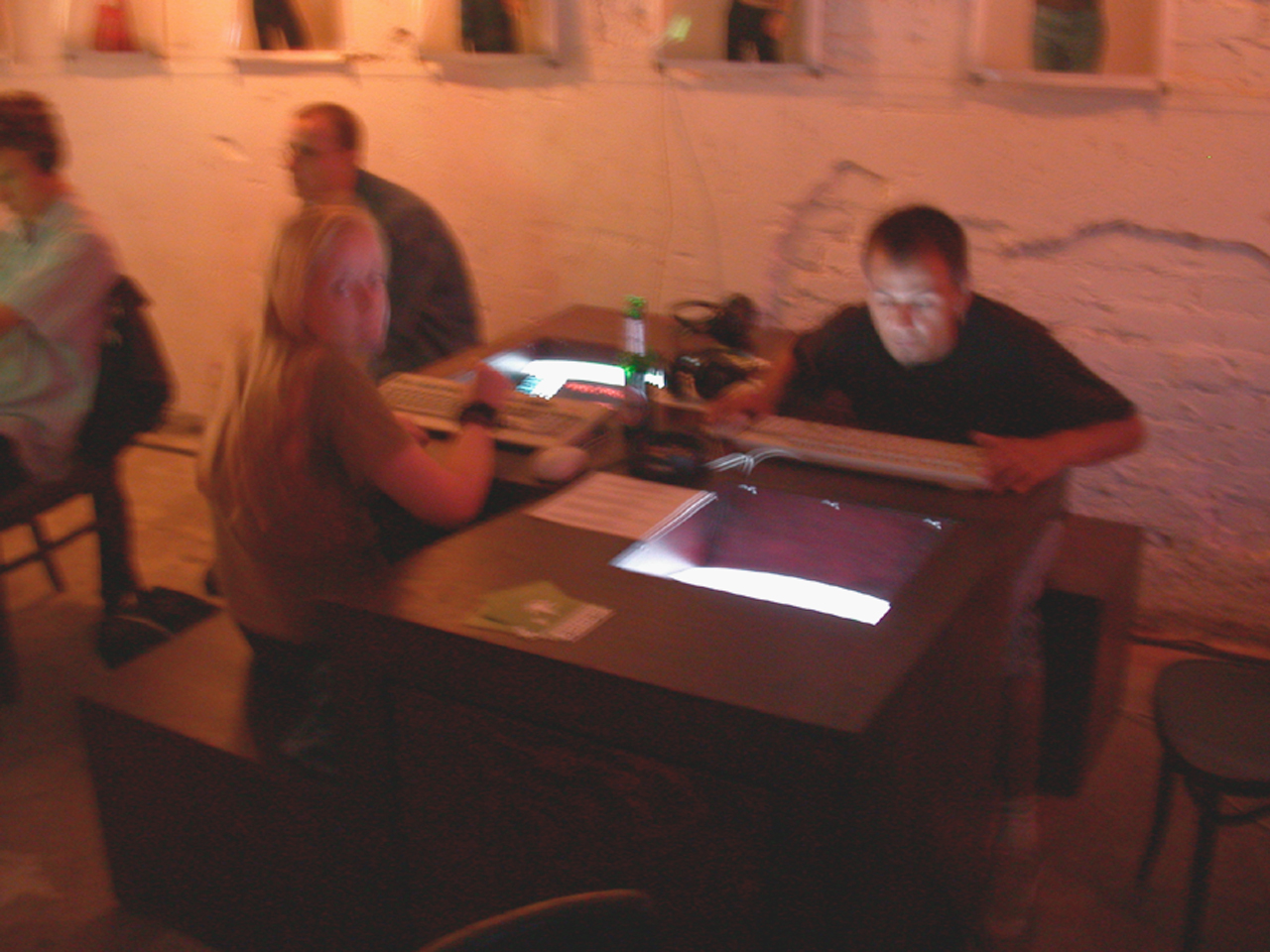 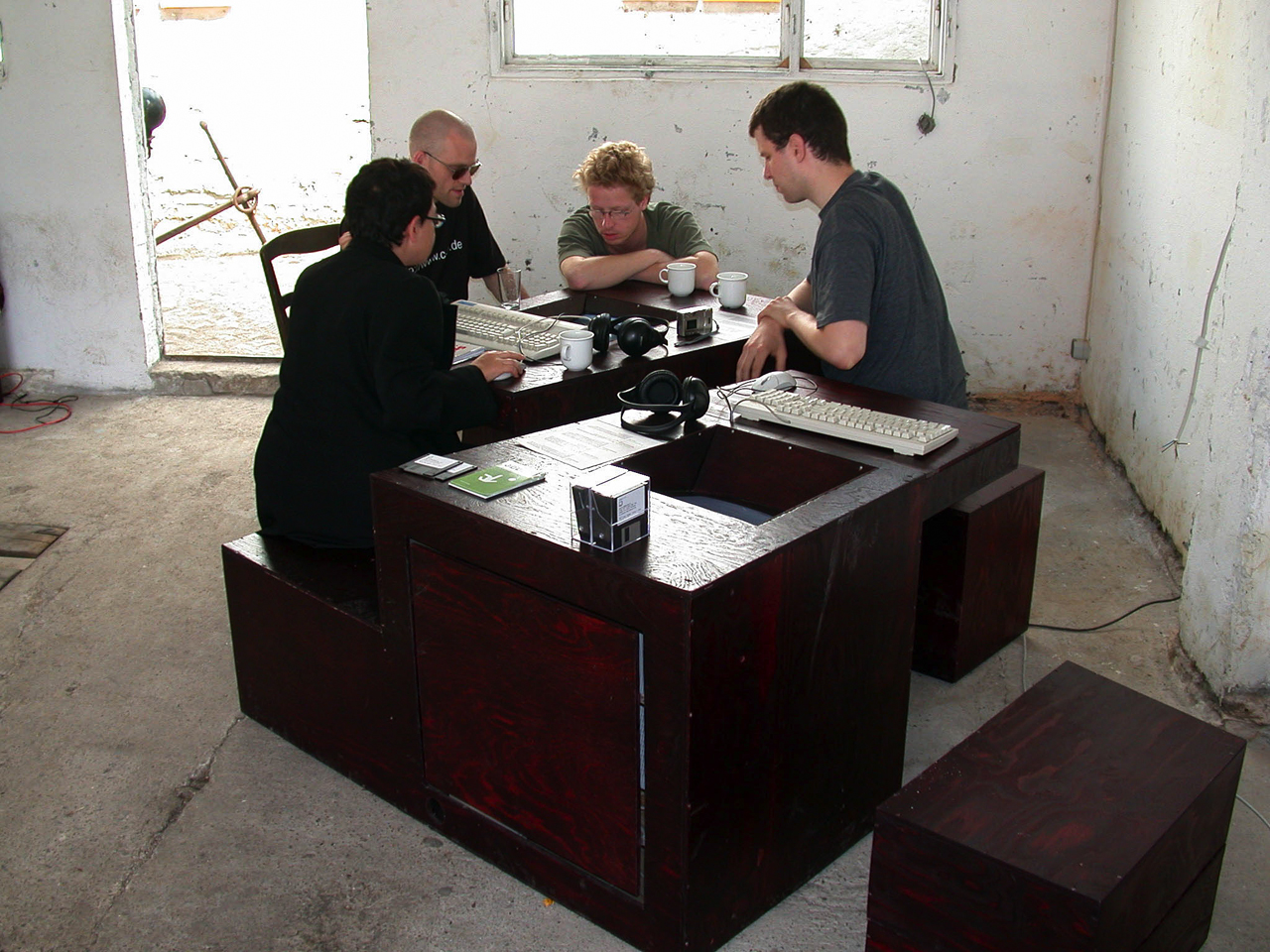 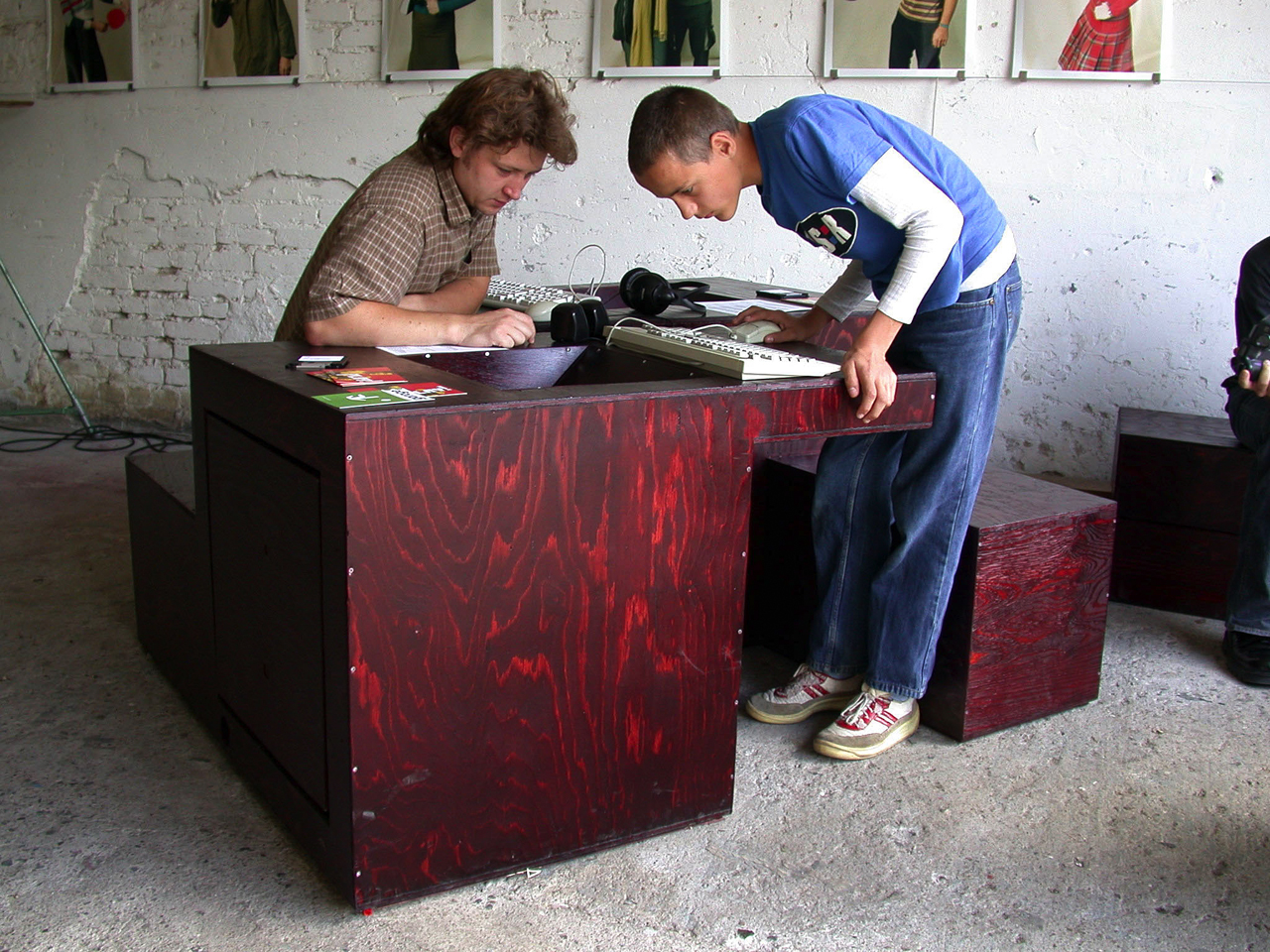 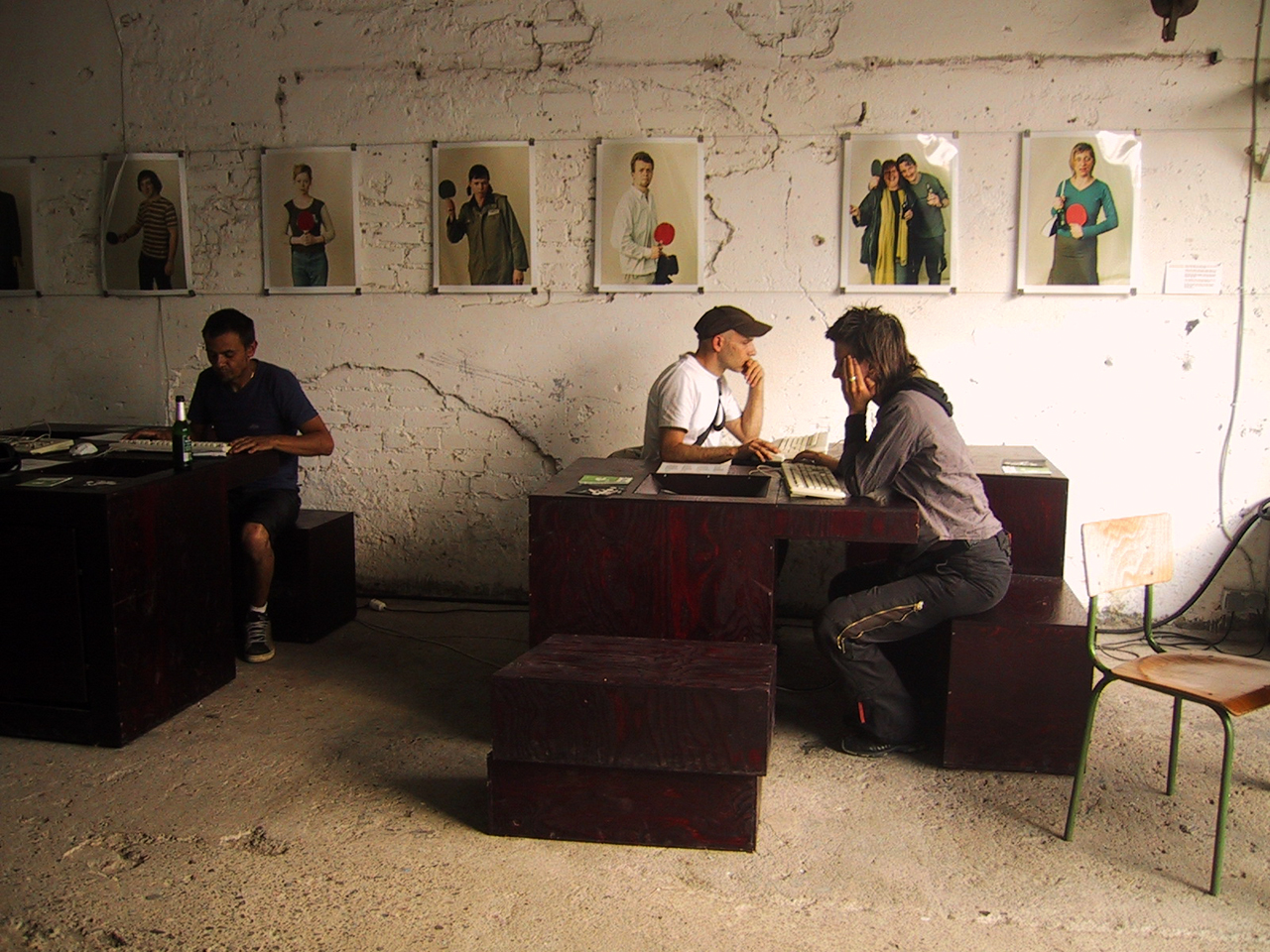 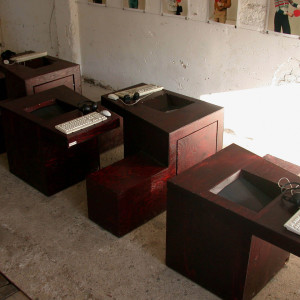 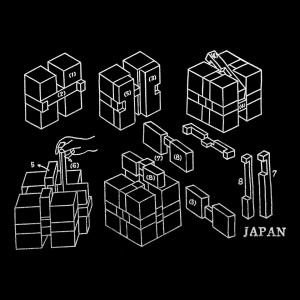 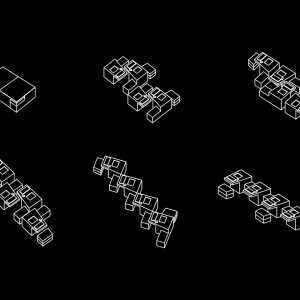 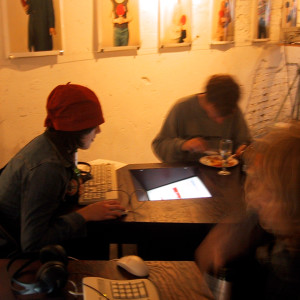 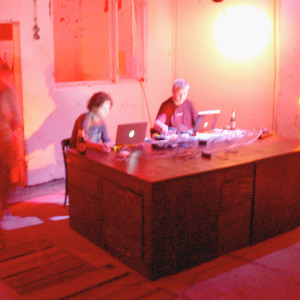 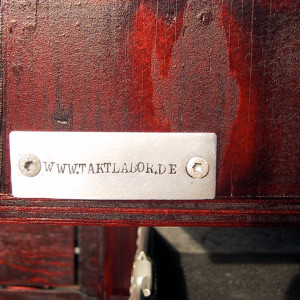 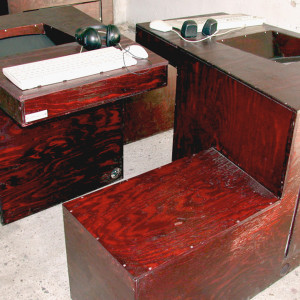 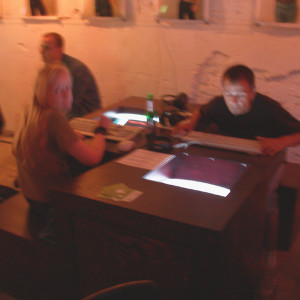 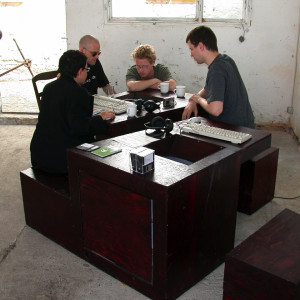 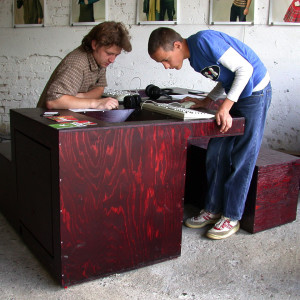 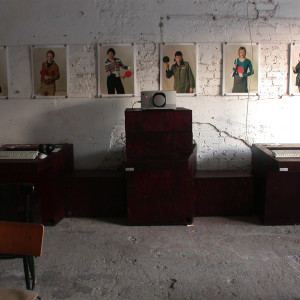 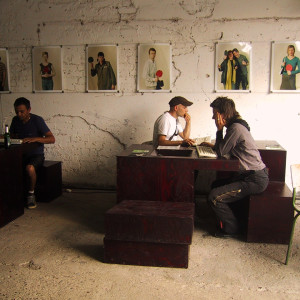 Four terminals were conceived and produced for the presentation of a variety of online-projects at the festival garage 2002. Addressing the issue of the playground, these terminals function like advanced wooden toys for adults. Like the elements of a wooden disentanglement puzzle, the units add up to a cuboid-shaped volume when positioned together. According to use and spatial concept, there are various arrangements: rotated symmetrically, aligned in a row or a combination of the two. Four boxes complete the total volume while also becoming two additional stools for seating, according to the arrangement. Assembled as a cuboid, the terminals can also be used as a table. The formation of the wooden elements allows for a communicative situation despite being engrossed in play. The tilted screens provide a view for surrounding observers, while the neighbours seated opposite can also see each others’ monitors. The handcrafted surface creates a sensory component that both contrasts the virtual content and anchors the users’ presence in real space.